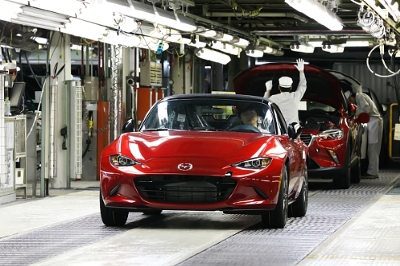 The 2016 model is the fourth version of the world’s best-selling roadster. Codename: ND. Sales of the MX-5 Miata have tumbled in the lead-up to the launch of the new car, but the MX-5 hasn’t been selling as well as it did historically for quite some time. 2015 and 2016 are expected, nevertheless, to be big years for the car.