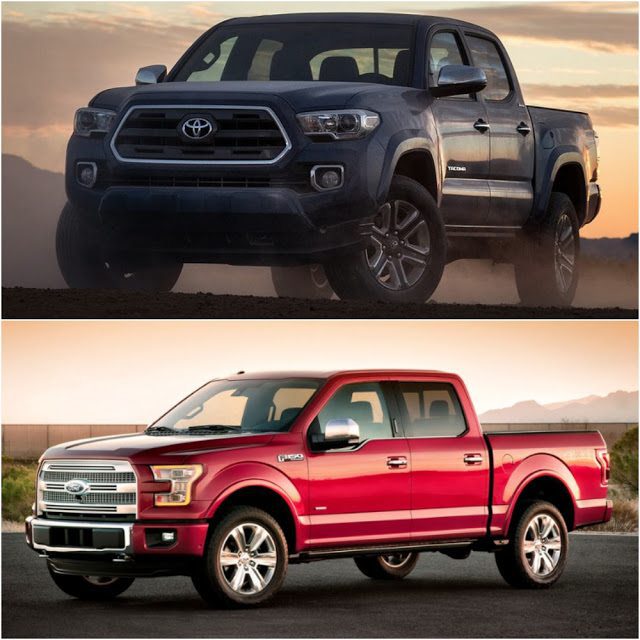 Only 14.7% of the new pickup trucks purchased or leased in the United States in 2015 were sold by import automakers.

2015 marked the third consecutive year of declining market share for Toyota, Nissan, and Honda, members of a Japanese pickup truck trio which was once a full-fledged band. Isuzu, Mazda, Mitsubishi, and Suzuki all sold pickup trucks in America less than a decade. Even Subaru got in on the action with the Outback-based Baja.

Granted, the total volume achieved by the Toyota Tacoma, Toyota tundra, Nissan Frontier, Nissan Titan, and Honda Ridgeline increased in 2015, albeit by a modest 0.3% as sales of the Titan and Frontier decreased and the Ridgeline’s hiatus produced an 12,869-unit decline. The Tacoma was the dominant small/midsize pickup truck in America in 2015. After averaging fewer than 45,000 annual sales between 2008 and 2012, Nissan produced its third consecutive 62K+ sales year. Tundra sales increased for a fourth consecutive year, climbing to a seven-year high.

But on the strength of ever more popular full-size models and reborn midsize twins from General Motors, the traditional Detroit Three’s share of the U.S. pickup truck market grew to 85.3% in 2015, a huge change compared with 2007, when Detroit earned slightly fewer than four out of every five pickup truck sales.

Yet with half as any nameplates now as in 2007, Detroit’s automakers sold 3126 more pickup trucks in 2015 than in 2007. How? Despite the loss of Cadillac Escalade EXT, Chevrolet Avalanche, Chevrolet SS, Dodge Dakota, and Ford Ranger volume, the class-leading Ford F-Series sells more often now than in 2007, GM’s full-size trucks are only slightly south of flat, Ram P/U sales are up 26%, and GM’s midsize twins jumped 19%.

As for the definition of “import,” remember the assembly location of all five continuing Japanese pickup trucks. The Toyota Tacoma is assembled in Tijuana, Mexico, and in San Antonio, Texas. The Toyota Tundra is built in the same San Antonio, Texas, facility. Nissan builds its Titans and Frontiers in Canton, Mississippi. The Honda Ridgeline, formerly built in Canada, is now produced in Lincoln, Alabama.