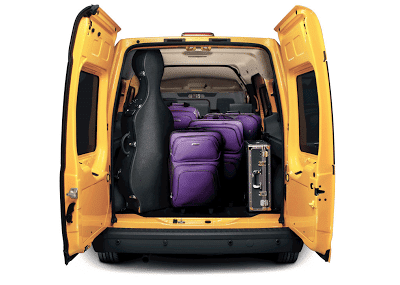 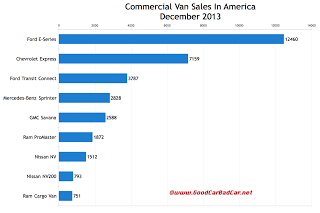 U.S. sales of commercial vans jumped 18% in December 2013 with improved sales almost across the board.

The category was aided by 1872 Ram ProMaster sales, sales which couldn’t exist a year ago, and by 793 Nissan NV200 sales which also were nonexistent at this time a year ago.

America’s top-selling commercial-oriented van continues to be the Ford E-Series, but its share of the segment was reduced in 2013 as smaller vans began to attract more attention. Combined, the Ford Transit Connect, Ram Cargo Van, and NV200 accounted for 17.1% of the commercial van category, up from 14.4% in 2012.

The E-Series reported improved sales in 2013, as well, but not to such an extent that it could keep pace with the market’s growth.