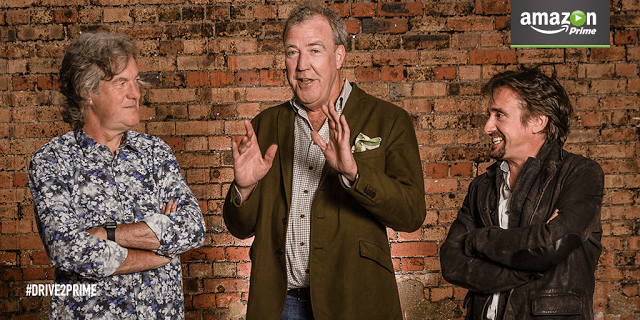 INSIDE THE AUTO MEDIA BUSINESS
Former Top Gear hosts Jeremy Clarkson, Richard Hammond, and James May will produce a new show, not for Netflix, but for Amazon Prime. The first broadcasts will air next year.

INSIDE THE AUTO INDUSTRY
One 2015 Ford F-150 is not necessarily as safe as another 2015 Ford F-150. That’s the lesson learned from recent IIHS crash tests.

INSIDE OWNER GARAGES
The average age of vehicles registered in the United States in 2015 is 11.5 years, a record for seniority according to IHS Automotive. Meanwhile, owners are keeping their new cars for 6.5 years.

REVIEW
Is there a greater authority on the planet when it comes to sporting cars than evo magazine? Probably not. This review of the Jaguar XE, therefore, is the verdict we must trust. “The S could be all the sports saloon you’d ever need.”

TTAC
Since the recession ended, FCA/Chrysler Group overtook American Honda as America’s fourth-largest automkaer. Toyota’s market share has flatlined. GM and Ford have fallen slightly. It’s all in this chart.

WATCH
What’s it like to drive a new Ford Mustang GT on British B-roads? Ask Chris Harris, who also drifted the 2015 5.0L Mustang around the track, too.