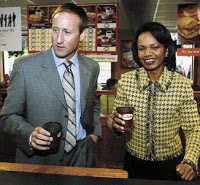 This year’s “Rrrrroll Up The Rim To Win” contest will feature an all-wheel drive Toyota Matrix as its grand prize. Canada’s favourite coffee shop holds this competition each year with the winning prizes being printed on the underside of the coffee cup rim.  Although muffins, donuts, and coffees are the usual winning fare, the Canadian-built Matrix would leave a very nice after-taste.  To learn more about the all-new Matrix, click here.  Or follow this link to Toyota’s site.

Toyota will provide 35 winning Tim Horton’s drinkers with a new Matrix. There are also 100 boats to be won in addition to 5,000 Garmin navigation systems that come preloaded with Timmies locations; 20,000 Tim’s gift cards worth $50; and 31,000,000 food and drink prizes. 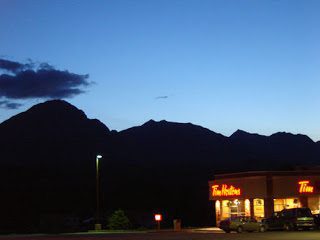 At the Kandahar, Afghanistan Tim Horton’s franchise, military personnel could win prizes of $1,000; more navi systems; 6,000 food and drink prizes; and 1,000 Kandahar Tim Horton’s hats.
Tim Horton’s was started by the late Tim Horton, an ex-National Hockey League player, and Fox Harb’r big shot Ron Joyce in 1964.  There are now 2,823 locations in Canada and 398 in the USA.