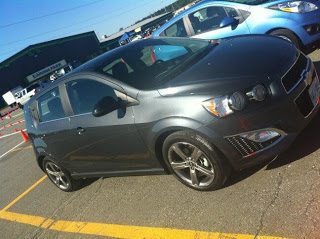 Halifax, Nova Scotia’s Exhibition Park isn’t noted as much for its atmosphere as it is for the road on which it’s located: the road to Peggy’s Cove. I’ve been to Exhibition Park many times in my life, mostly for the Maritime Fall Fair, when livestock roam the hallways, and for an RV show, a boat show, and even once for a car show.

Last Wednesday, I visited Exhibition Park as part of an event General Motors Canada had constructed for fleet buyers, construction companies who need to replace their trucks, for example. Early on, a handful of car writers were given a chance to drive just about everything in GM’s lineup on the roads around Exhibition Park. We didn’t drive to Peggy’s Cove, of course, as that would’ve taken up too much time in one individual vehicle. And because I’m not a tourist.

We were, however, given the opportunity to make use of numerous off-ramps and on-ramps in the area, and in general, the drive route wasn’t a bad test of overall vehicle dynamics. Over the span of a few hours, I grabbed seat time in seven vehicles plus rear seat time in, you guessed it, the Cadillac XTS. These are a few brief thoughts in advance of (possible) full reviews of each of these vehicles. 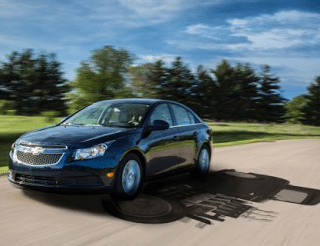 CHEVROLET CRUZE DIESEL
The Cruze has been a terrific small car for General Motors, and not just because it sells relatively well. It’s taken GM from being a laughingstock in the small car arena to being a viable alternative for the Honda Civic, Toyota Corolla, and Hyundai Elantra. This diesel-powered Cruze’s intentions clearly involve taking the fight to Volkswagen, the purveyor of affordable diesels in North America. The good news? Chevrolet’s 151-horsepower diesel doesn’t feel like a VW diesel. It sounds like one, but it lays down the power in a slightly more linear fashion. Reports of its miserly nature are also spectacular. Moreover, the Cruze has always been an inviting car for small car buyers who wanted a product that felt more mature, more of a big-car-in-a-small-car package. The bad news? The Cruze Diesel weighs 3475 pounds, nearly 500 pounds more than the Volkswagen Golf TDI GCBC tested back in May. That hefty curb weight has its consequences, which are most clearly felt in the way the Cruze’s 264 lb-ft of torque doesn’t feel like a full 264 lb-ft. 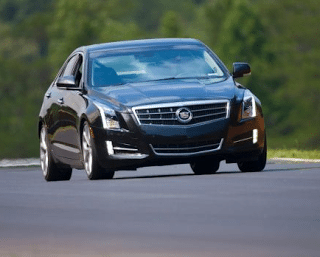 CADILLAC ATS
The V6-powered ATS I drove made a spectacular noise. Given the car’s Cadillac badge, the noise isn’t nearly as noticeable inside the cabin as it is to passers-by and passengers in the car following the ATS. But what a noise. To say the Cadillac ATS rides and handles and accelerates perfectly would be taking it too far, but complaints are few. Steering could be slightly quicker off centre. This all-wheel-drive car could have been sapping a bit of the 3.6L’s 321-horsepower. I couldn’t change the radio station without a great deal of frustration. The rear seat is tiny. But other than that, I’m struggling to think of what’s not to love. 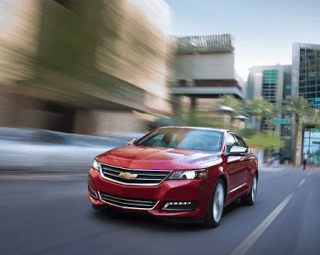 CHEVROLET IMPALA
The new Impala isn’t the best car in the world, as some reports have led you to believe. Chevrolet has succeeded at making a $40,000 Impala feel like a car that should cost $45,000, rather than building a $30,000 Impala that feels like it should cost $19,999. It still has a bit of that big car steering feel, light and loose and a smidge disorganized. It’s also rather difficult to see out of. But it looks better in person than in pictures, drive infinitely better than you expect it will, and with a V6, moves along smartly. A road trip sedan if ever there was one. 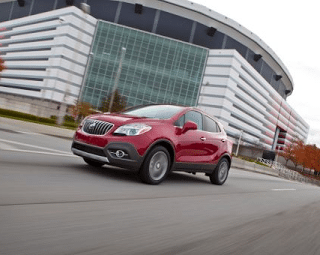 BUICK ENCORE
Of all the GM cars I drove last week and have driven in the recent past – including a Camaro ZL1 that visited GCBC for the week – nothing reminded me of the GM vehicles I knew and despised a decade or more ago. Except for this Encore. The 1.4L turbo is slow to rev. All four wheels clippity-clopped over pavement imperfections. It’s noisy. A perfect seating position simply can’t be found. And if you want all this, you could have it for less money in a Chevrolet Trax. (If you’re in Canada.) I remain unconvinced about Buick’s attempt to be the American Lexus. I always associated GM’s premium attempts with Cadillac. But the Verano Turbo GCBC reviewed last winter was such a pleasant place to spend time. This Encore, however, doesn’t have any redeeming qualities. 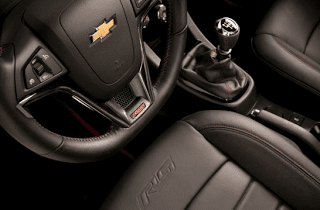 CHEVROLET SONIC RS
The Cadillac ATS is fast. It handles better than most cars you have driven, yet it manages to traverse rough patches as though it’s an XTS. Still, I had more fun driving this RS-badged Chevrolet Sonic. Its manual transmission’s throws are too long, and the brakes weren’t firm enough. But the Sonic is nicely balanced, snorts like an untamed pony, and can be tossed into a corner with abandon.

CHEVROLET SILVERADO
Trucks are good. Trucks have been good for some time. The new Silverado is better than it’s been. To suggest this Silverado is significantly better or significantly worse than an F-150 or Ram 1500 would be comical, an effort to split healthy hairs. The Silverado’s steering may be lacking some of the Ram’s sharpness, but it rides more comfortably than the F-150. It may be lacking some of the F-150’s interior ruggedness, but it’s much more stylish. And though the Ram looks tougher outside, the GM twins’ design is still effective and likely not as divisive. No 8-speed automatic? I’m not sure it matters, as the GM 6-speed isn’t wanting for smoothness. 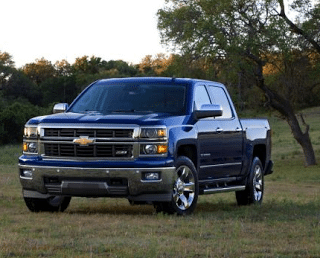 GMC SIERRA
Why mention a drive in two identical trucks? The second drive occurred on a challenging low-speed off-road course behind Exhibition Park. Axles articulated, a stream was crossed, a sharp incline was surmounted. And then the same course was completed in competing pickups. The difference? These new GM pickups managed to complete the course in silence, not unlike the way it moves down the road. There were no groanings from the structure, no rocks pinging in the wheelwells. Did the Ram and F-150 complete the course? For sure. As comfortably, with as much ease? No. We were in extreme circumstances, and the differences were slight. But there were differences.