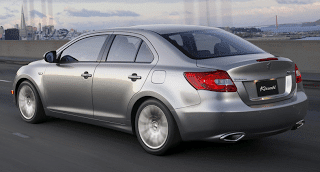 Searching GoodCarBadCar.net for Suzuki-related posts reveals just 15 instances of articles in which Suzuki plays a major role. Comparing that number with BMW (158) or Honda (161) or even Maserati (15) proves the true lack of Suzuki enthusiasm around here. GoodBikeBadBike this is unfortunately not…. unfortunately, that is, for Suzuki, the maker of the GSX-R. 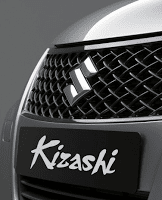 Can the new-for-2010 Suzuki Kizashi change all that? It’s my personal belief that automakers should never introduce cars with names that thousands of consumers won’t be able to pronounce. In their press release, Suzuki seems to acknowledge the challenge by telling us that Kizashi is KEE-ZAH-SHEE. Nevertheless, I can hear the voices of southern Suzuki salesmen saying loudly, “This here’s the new Key-zoo-shee“.
Check Out The Honda Accord’s Good 12-winning Effort
Moving on to more consequential items, the fact that Suzuki isn’t including a V6 on the options sheet shouldn’t prove too harmful in reality but will turn the mainstream media off; thus proving somewhat harmful in reality when the Kizashi receives disappointing reviews. We’re told to expect somewhere close to 200 horsepower from the 2.4L four-cylinder. In high-priced gasoline times like these, times where the vast majority of midsize buyers opt for four-pots, rejecting the need for a 3.5L V6 and 275 horsepower doesn’t seem like a bad move.
Ah, the subject of midsize sedans. The Suzuki Kizashi is smaller than the gargantuan Honda Accord and Toyota Camry. Mazda gave us the first-gen 6 in sedan, hatch, and wagon forms with a terrific chassis and a V6 option and Honda/Toyota barely flinched. In generation deux, Mazda’s 6 requires a looser belt. Could the Kizashi be too small? Its 107-inch wheelbase is slightly smaller than the previous-generation Accord while the Suzuki’s 183-inch total length is shorter than the older Mazda 6.
Check Out The Mazda 6’s Good 12 v2.0-winning Effort
It do look awfully good, though. Curvacous trunklids aren’t the norm for mainstream midsizers, but the Suzuki’s got one. The front-end is clearly what Volkswagen was aiming for with the current Jetta. Volkswagen missed the mark; Suzuki hit it. Hips meet definitively with the arching roofline. Preliminary pictures don’t exactly show off the Kizashi’s interior, a worrying sign to say the least. Normally, early pictures use dramatic lighting and cool angles. Alternative pics from the Detroit debut show a nicely shaped dashboard, but nothing astounding.
Indeed, it is the lack of astonishing anything that disappoints. Jumping into a segment as competitive as this, a segment that features the best-selling cars in America, requires greatness just to be noticed by a chunk of buyers. To sell cars at the MSRP means being significantly better than the opposition. It appears as though the Suzuki Kizashi is in the hunt for Accord and Camry customers. At prices that won’t likely undercut the typical choices at all, Suzuki will be hard pressed to sell the Kizashi in the numbers it needs to be noticed. Even if it does look better than any of ’em. Check out all 83 pics in the Gallery below.