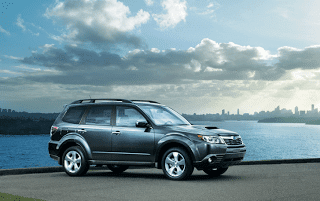 There’s something about the Subaru Forester which makes other good, solid, and capable small SUVs seem bland and uninteresting. Foresters play in a league where competition is ripe – nearly every Forester adversary is, for one reason or another, worth buying. Standing out from the pack isn’t an easy task. 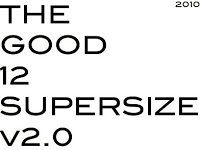 Subaru’s first ingredient is fun. The Forester is a hoot to chuck around corners. The same can’t be said for 90% of the opposition. On the value front, basic Foresters can be had for less money than a CR-V or a RAV4. Subaru did a decent job of cramming cubic feet into the Forester without messing up its clean lines. Nissan couldn’t pull off that trick with the Rogue, nor did Jeep with the Compass.
Besides, the Subaru Forester has an element of uniqueness missing from every other small CUV/SUV. The turbocharged XT is somethin’ else. Both engines burble like they’re not inline-fours (which they aren’t). And the Forester, even in base form, doesn’t look like a $20-25K car. If not in features than in feel, the Subaru Forester resembles something initially meant for the class above.
—–
Engines: 170/224 horsepower; 170/226 lb-ft of torque from a 2.5L boxer-four or a turbocharged 2.5L boxer-four
Base USD Price: $20,295
Cargo Capacity: 63-68.3 cubic feet behind front row
Maximum Towing Capability: 2,400 pounds
City Mileage: 19-20 miles per gallon
Symmetrical All-Wheel Drive: Unlike many systems available on the Forester’s competition, Subaru’s all-wheel drive constantly sends power to all four wheels, not just when slip is detected. Fuji Heavy Industries automotive division has been working on all-wheel drive technology for 40 years. Subaru Forester owners enjoy the fruits of much labour.
CLICK HERE FOR THE GOOD 12 SUPERSIZE v2.0 PART X