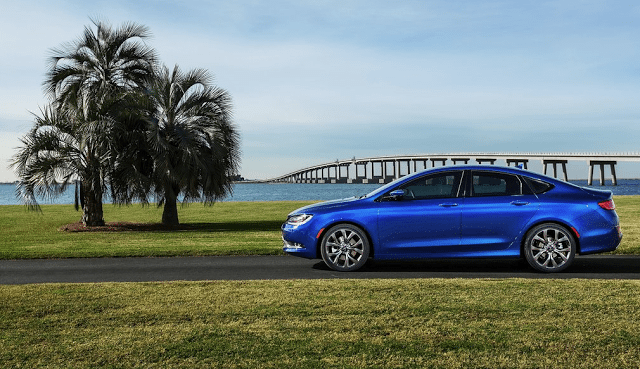 SERGIO
Always good for a quote, Fiat Chrysler Automobiles CEO Sergio Marchionne recently acknowledged one of the Chrysler 200’s biggest faults. (We don’t know what he said about the onerous 9-speed automatic transmission.) Referencing the Hyundai Sonata, Sergio said, “We didn’t copy the car, we copied the entry point to the rear seat. Dummies. I acknowledge it.”

Design boss Ralph Gilles then further acknowledged the fault on Twitter, but did manage to spin a positive. “He is right, we might have gone too aggressively after aero. Which we achieved as it is best in class. No free lunch.”

MINIVANS
U.S. sales of minivans declined in 2015, and over the last decade, sales have fallen by half. Yet the automakers who have held fast and stuck with the category are enjoying big market share advances. And once again, for some big players, sales are rising.

MORE MINIVANS
Production of the current Chrysler Town & Country will end soon as the minivan plant in Windsor, Ontario, prepares to begin selling its Pacifica replacement by late spring. The last Town & Countrys bound for Canada will be built on February 29; the last U.S.-bound Town & Countrys leave Windsor n March 18.

SAYONARA
Ford is a bit player in Japan, sees “no reasonable path to profitability,” and will bid farewell to the Japanese and Indonesian markets in 2016. Only 5000 Fords were sold in Japan in 2015, generating just a 1.5% share among imported cars in a domestically-controlled market.

REVIEW
The Wall Street Journal’s Pulitzer Prize-winning Dan Neil generally applauds the second-generatin Jaguar XF, but notes, “I can forgive anything in a Jaguar except practicality.”

WATCH
A 2016 Honda Civic Touring arrived at GCBC Towers this morning in order for us to put Canada’s best-selling car through its paces over the next week. There is no Civic review on YouTube more detailed or thorough than Alex Dykes’ production, so watch this before reading GCBC’s review sometime in the next week or two.