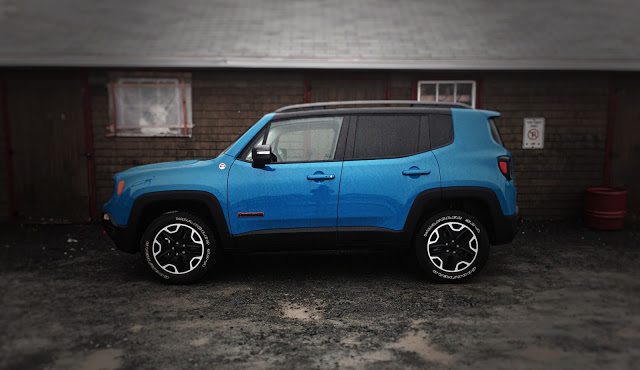 We had all heard enough by the end of September to know the 2015 Jeep Renegade which landed in my driveway last week would not prove to be a paragon of all-around SUV performance. The Renegade wouldn’t lead me to believe that it’s one of the best SUV values on the market in 2015. It simply wasn’t going to happen.

But I’ve got a Jeep thing. I can’t explain it. I don’t pretend to know its source. But it’s there. Thus, while recognizing that the Renegade is poorly regarded by many reviewers – and evidently highly regarded by many consumers – I suspected I’d take a shine to the little Jeep regardless of its faults.

Alas, I didn’t know that there would be this many faults.

And yet, even though the Renegade was more of a flawed package than I anticipated, I ended up liking the Renegade more than I thought I would.

That’s right. The Renegade isn’t as good as I thought it would be, but it exceeded my desirability expectations.

See what I mean about the Jeep thing? It’s inexplicable.

WHAT IS IT?
Following the Chrysler Group’s Chapter 11 reorganization six years ago, the company was taken over by Italy’s Fiat, the same company which owns Alfa Romeo, Maserati, and Ferrari. 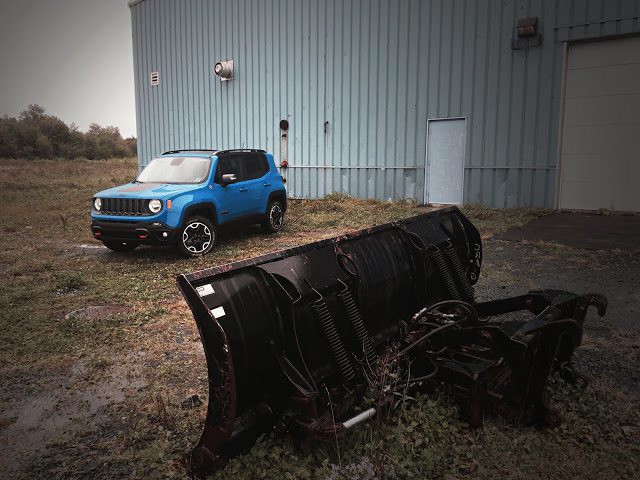 Much of the former Chrysler Group remained the same. The Dodge Charger, for example, is still based on Mercedes-Benz architecture, a remnant of the old DaimlerChrysler days. Ram pickup trucks didn’t become Fiat Stradas. Grand Caravans aren’t Multipla facsimiles.

Other facets of the organization did change. Dodge replaced its Caliber small car with the Dart, a relative of the Alfa Romeo Giuletta. And Jeep used the same platform to produce its first post-Chapter-11 FCA-developed introduction: the Cherokee.

Now we have the Renegade – a fraternal twin of the Fiat 500X – which is related to the Fiat Grande Punto. In a burgeoning class of small SUVs/crossovers, the Renegade is the most obviously SUV-like. Clearly, it’s no pickup-truck-based Chevy Tahoe, but the Renegade tries very hard to be a Jeep.

In Canada, there are front-wheel-drive versions of the Sport and North trims. But this Trailhawk version and the more costly Limited are 4×4 only. And while those two base trims come standard with a 1.4L turbocharged four-cylinder, the Trailhawk and Limited are fitted with a 2.4L that generates 20 more horsepower (for 180) but slightly less torque. 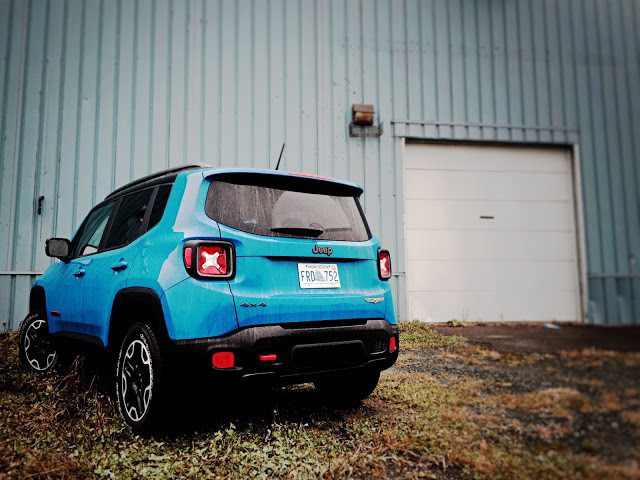 Bumper to bumper, the Renegade is shorter than a Chevrolet Aveo sedan. But there’s nearly as much passenger volume inside the Renegade as you’ll find inside a Chrysler 200 sedan. Granted, much of that volume is created above your head, not in front of the rear seat occupants’ legs, but there is an overarching sense of space inside the little Jeep. You won’t say the same inside a Mazda CX-3 or Nissan Juke.

DOES IT WORK?
It’s difficult to fathom how a vehicle this size could weigh nearly 3600 pounds, jostle its occupants like they’re in a Tilt-A-Whirl, and still be very nimble. The Renegade manages to be that heavy, ride that busily, and corner with acceptable alacrity.

The 2.4L four-cylinder engine may be sufficiently powerful, but not when it’s hooked up to FCA’s dreaded 9-speed automatic. Hoping for some passing power, you’ll discover a transmission that’s typically unwilling to kick down a gear, let alone the two or three-gear-kickdown that’s required. Making the situation worse is the 2.4’s buzzy and coarse noises. Put that noise in the same ear as the Renegade’s wind roar and you have a recipe for the barely tolerable NVH measurements of a $16,000 subcompact car, not a $40,000 SUV.

The engine’s vibrations make their way through all the key touchpoints, too. In a sporting machine with true performance credentials, this might be acceptable, but not here, and certainly not at this price point.

Unfortunately, these demerits aren’t really overcome by the balance Jeep struck between on and off-road behaviour. The Renegade’s ride quality causes it to feel trucky, yet it steers quickly and accurately and isn’t unhappy being driven swiftly. Even the brake pedal is nicely modulated. The Renegade owner is still stuck driving a rather obnoxious vehicle, however, one that’s always screaming for attention.

Either its transmission is annoying you with poorly timed shifts, or its engine is grating on your nerves, or the upright windshield is creating enough highway noise to make conversations a challenge, or its impact with potholes send a shudder through your kidneys. Or all of the above.

In terms of living quarters, material quality is more than acceptable and the design – other than the low-slung climate controls – is inoffensive, straightforward, and suitably modern. This doesn’t mean the Renegade is capable of earning interior plaudits at $40,000, double its base price; only that the interior is not a weak point relative to the Renegade’s direct rivals.

Of all the optional equipment stuffed into our press vehicle, the items we’d be most quick to dismiss are the removeable MySky panels. They take up an awful lot of space in the cargo area when removed, fail to open that large of an aperture in the roof, and aren’t particularly enjoyable to disconnect. Perhaps they signal Jeepness to the owner of a heavily modified Wrangler who’s looking for an urban commuter, but they’re not worth half the asking price. 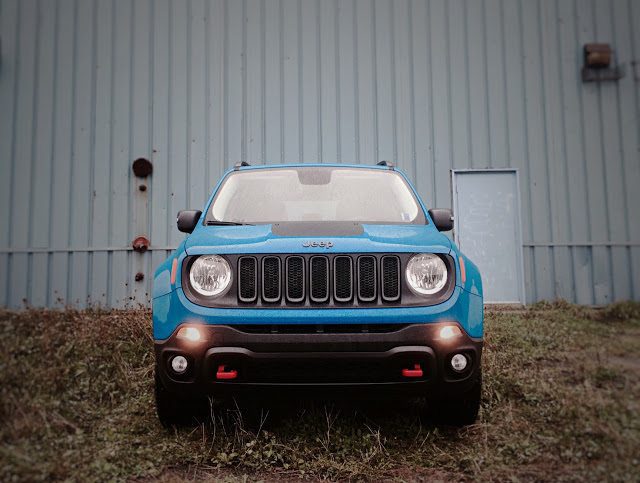 IS ANYONE BUYING IT?
In the United States, the Renegade has quickly become a top seller in its category. Over the course of August and September, Jeep was selling nearly 1800 Renegades a week in America.

North of the border, availability isn’t quite as abundant, and the Renegade hasn’t had enough time to make a name for itself in Canada. Honda and Mazda are combing to sell 2500 HR-Vs and CX-3s per month. Between Canada Day and the end of September, FCA Canada sold only 888 Renegades.

SHOULD I BUY SOMETHING ELSE INSTEAD?
The Mazda CX-3 offers all-wheel-drive and SUV styling cues and is wildly more pleasing to drive than the Renegade on road. The same could be said of the Nissan Juke. Subaru’s highly effective all-wheel-drive system makes the XV Crosstrek a winter beast, and the XV also offers reasonably lofty ground clearance.

But subcompact SUVs and crossovers, like their subcompact car siblings, are priced very much like their slightly larger siblings. If you can afford the Renegade, stretching to a Cherokee or Wrangler – or at $40K, nearly a Grand Cherokee – won’t challenge your bank account. 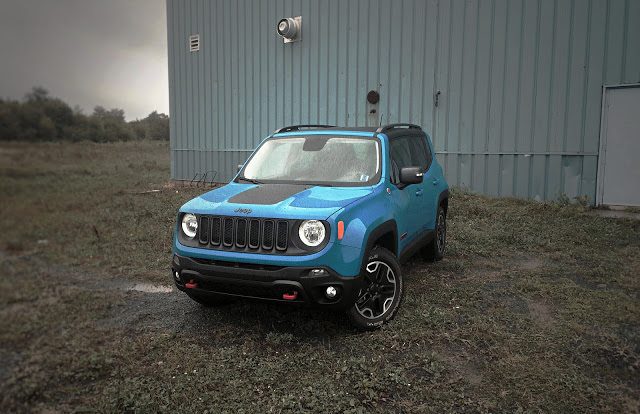 HOW MUCH SHOULD I PAY?
Advertised Canadian prices for the Renegade begin at $19,999. But once fees and four-wheel-drive are added, even the basic Renegade becomes a $28,000 vehicle. (It does, thank goodness, come equipped with a 6-speed manual transmission in that case.) In its most rugged Trailhawk trim, the Renegade includes the automatic transmission and a 2.4L engine which provides no real-world advantage over the 1.4L turbo, and pricing starts just above $31,000.

There are nice Wranglers available for $31,000. Spending more than that on a Renegade by over-equipping what is, in essence, a subcompact car, seems foolhardy. Heated steering wheels and removeable roof panels won’t come close to turning the Renegade into a luxury SUV. Don’t spend money trying to make it so. 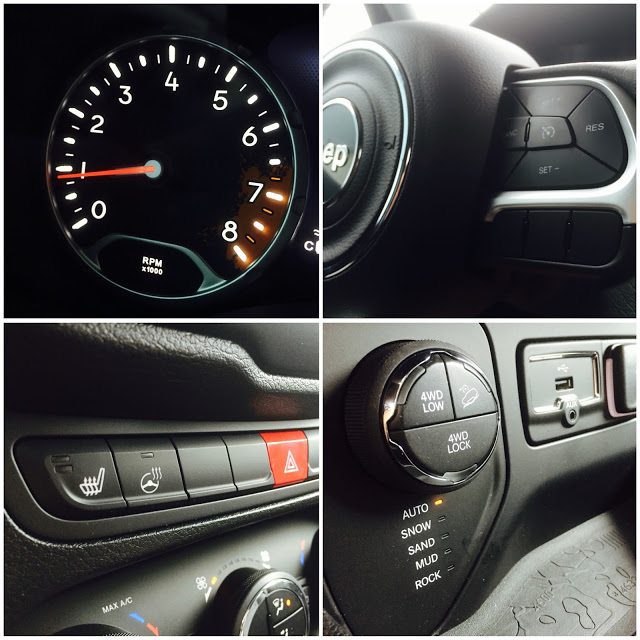 WHAT’S THE VERDICT?
On purely objective terms, the Renegade is not the best overall subcompact utility vehicle available for the typical buyer. It is, however, the only member of the field which can make a genuine SUV case. Yes, it’s built in Italy with its Fiat 500X sibling, but as a Trailhawk, the Renegade comes across as a genuine Jeep.

Forget objective reasoning – the Jeep’s list of intangibles is too long to bother with reason. The Renegade has a measure of authenticity that’s sorely lacking in, for example, the Chevrolet Trax. The Renegade more closely aligns with its brand ethos than the Countryman does at Mini. And none of the Renegade’s direct subcompact rivals which earn praise for their on-road manners perform as impressively on the road as the Jeep performs off the beaten path, with its impressive approach and departure angles and useful ground clearance.

Sure, the Renegade isn’t a very good car. But it’s a great Jeep. And now that Jeeps are more popular than at any point in history, that’s probably exactly what Jeep wanted the Renegade to be.

Timothy Cain is the founder of GoodCarBadCar.net, which obsesses over the free and frequent publication of U.S. and Canadian auto sales figures. Follow on Twitter @goodcarbadcar and on Facebook. The Renegade was supplied by FCA Canada’s press office.