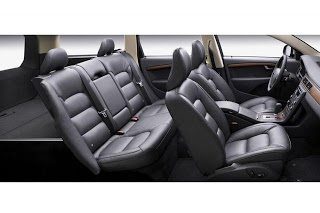 THE NOSES OF VOLVO

“Travelling in a car should be a pleasant experience for the nose as well.”

Volvo has two four-man teams responsible for applying exhaustive smell tests on their cars. Efforts to build a device that could take the place of a human nose – or eight human noses – have failed. Capable humans are vetted as seriously as dogs for the K9 units of police forces. You must have a sense of smell in tune with others in your group; be sensitive but not overly so; and be a non-smoker.

Why is Volvo obsessed with scent? Say they, ” The interior of a modern vehicle contains many different materials that contain chemical substances. While most of these substances remain locked in the material, small quantities can evaporate, creating that “new car smell”. The panel monitors these substances and the smells they may cause in the cabin.” When a team sets forth to sniff out an interior, the car must rate no higher than a 3 to pass the test. A rating of 1 indicates no noticeable smell, while a 6 is unbearable.

The testers also make use of a sunshine simulator that brings up the temperature of the interior. Next, equipment is used to test for Total Volatile Organic Compounds. Only then does the team hop in and sniff from a human perspective.

Volvo’s have always been known as the perfect vehicles for families with dogs. The connection between beast and Volvo is now clear.