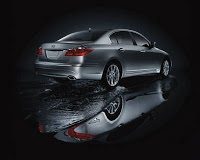 NORTH AMERICA CAR OF THE YEAR, HYUNDAI GENESIS, GREAT VALUE – OTHER HYUNDAIS TOO?

Hyundai became popular, genuinely successful, in America by building vehicles that were meant to last, with all the stuff consumers wanted, at a price the competition never thought of asking. Yesterday news broke that Hyundai’s first luxury sedan for North America, the Genesis, was victorious in Car of the Year balloting. How does the Genesis do it? Well, in GoodCarBadCar.net’s own The Good 12 v2.0, it was pointed out that “cars do not win awards here or at any other respectable publication for low prices“.

The Genesis needed to be good first and foremost. Being good and then a good value is what makes the Genesis so desirable and worthy of award-winning. As this all came about, however, The Good Car Guy got to wonderin’. Is Hyundai still the low-priced brand many purchasers came to know and love? Has success wound its way into Hyundai’s Korean head(quarters)? With a closer look, perhaps we would discover if Hyundai has returned to the value-driven scheme purely for this new foray into the luxury arena.
Click here for Hyundai USA’s Special Offers page
It appears more than likely that each and every monday, a $$$ post will appear on GoodCarBadCar.net. If you don’t see $$$, it’ll likely be a GoodCarBadCar Lowdown. $$$ posts are all about vehicle pricing. Today, Hyundai’s North American products are compared with top notch vehicles from other automakers in their respective segments. Discounts or incentives are not taken into account. Equipment differences are left aside. We’re dealing with bare-bones pricing up in here.
—–
Hyundai Accent: $9,970
This former Good 12 winner is impressive because of its content and design. Driving the Accent blindfolded, one would never suspect you were in any automaker’s cheapest car.
Honda Fit: $14,750
Chevrolet Aveo: $12,625
Hyundai Elantra: $14,120
The Good Car Guy said this of the Elantra in a GoodCarBadCar.net Driven post: “Hyundai has created a car that’s free of aggravation or annoyances. Lacking enthusiast qualities is relatively permissable under the circumstances Hyundai produces”.
Honda Civic: $15,305
Toyota Corolla: $15,350

Hyundai Sonata: $18,700
Equipped to the hilt with features and class-competitive powertrains, the Sonata means serious business. Ever so Camryesque in its complete avoidance of anything possibly perceived as offensive, the Sonata is boring; but in a good way.
Ford Fusion: $19,035
Chevrolet Malibu: $22,275
Hyundai Azera: $24,970
We used to think the XG and Azera were Hyundai’s attempt at luxury. Apparently, the Koreans had something else up their sleeve.
Toyota Avalon: $27,845
Chrysler 300: $27,415
Hyundai Tucson: $17,420
Part of Hyundai’s tag-team effort to take on the smallest SUVs, the Tucson isn’t flashy but it gets the job done.
Honda Element: $20,275
Toyota RAV4: $21,500
Hyundai Santa Fe: $21,495
Obviously, the other part of Hyundai’s tag-team effort, the larger Santa Fe is the second-generation in one of Hyundai’s most believeable vehicles.
Honda CR-V: $21,245
Subaru Forester: $19,995
Hyundai Veracruz: $27,045
In its most high-profile victory to date, the Veracruz bit a chunk out of the Lexus RX350 in Motor Trend’s hands.
Honda Pilot: $27,695
Toyota Highlander: $25,705
Hyundai Entourage: $23,995
Perhaps one of the best of a dying breed, the Entourage competes for a piece of a shrinking pie. But compete it doth.
Kia Sedona: $21,970
Honda Odyssey: $26,355
More GoodCarBadCar.net $$$ posts
The Facts from a GM Bailout
McLaren F1 sells for record price
Model overlap at Volkswagen UK
Japan sedan trio vs German sedan trio