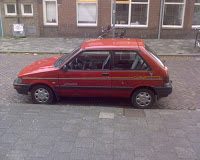 Once upon a time in a small, east-coast city in Canada, tucked away in the suburbs, there was a group of young friends whose parents would never consider buying a car named Justy. The Subaru Justy.

To us, Subaru’s little car was deemed more worthy of the name, “UnJusty”. Cruel and unusual punishment imposed upon people who should have known to make better car decisions and buy a used Corolla. Or something. Please.

But instead, they bought the Justy. And it was one of a few cars that drew derision from us boys. We didn’t know much about cars, we knew less about their reliability standards. We did know that the Justy never should have set foot (wheel) on North American tarmac. That Justy tarnished Subaru’s image in our eyes, never fixed until my father drove a red, be-winged Legacy. (And yes, GoodCarBadCar did find the worst possible image of a Justy.)

Subaru took the Justy away. The story is very unlike that of the Fiat 500; recently reintroduced to much fanfare, or the Mini Cooper with its second iteration of its Second Iteration sustaining the British/German momentum. No, the Justy was taken away from us, but many of the planet’s citizens were able to maintain their acquaintance.

Whatever the case, wherever you live, there’s a new Justy. It doesn’t fit into Subaru’s plans for North America and most assuredly doesn’t jibe with Subaru’s image here. Albeit, the Justy is a much better car than anything my group of mocking friends would remember. Deep down, this Subaru is really a Daihatsu. Like Subaru, Daihatsu is now connected to the Toyota empire. 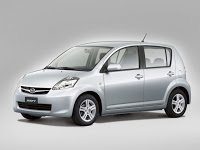