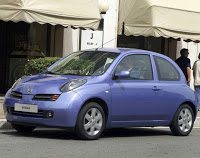 Nissan, a large Japanese automobile manufacturer which has at the heart of its North American product line the Altima and Sentra in addition to a large SUV lineup and the luxury brand of Infiniti, is teaming up with Chrysler. That’d be the constantly faltering Chrysler, the company that was once married to Mercedes-Benz and once purchased American Motors from Renault, a huge French automaker.

Yeah, that’d be Renault, the company that snapped up Nissan when it was at its worst. While Renault and Nissan have a binded alliance, Chrysler and Nissan insist that their plans are for simple product and manufacturing sharing.
Pros: Nissan will build a smaller-than-Caliber small car that the Chrysler group can sell in North America and perhaps some other markets, too. Chrysler and small cars go together like milk and pizza. Japanese manufacturers are traditionally small car experts, with Nissan’s Micra (and the Renault Clio) being top sellers.
Meanwhile, Nissan’s next full-size pickup truck will be built by Dodge. Expect Nissanesque styling but a firm Dodge foundation.
The financial savings are huge.
Cons: For the protectionist few, fears will be difficult to allay. Chrysler is a private American company. Renault, the dominant player in the French/Japanese marriage, has been extremely open in its attempts to court an American alliance. General Motors and Renault had some serious talks; Ford didn’t react favourably to Renault’s mating techniques. Considering Renault’s past then, how can we be so sure that the plan is not for a full takeover? After all, a takeover could result in serious job losses.
From Nissan’s perspective, the idea of building a small car for a truck-oriented company shouldn’t hurt its image. For instance, few seem to care that the Toyota Matrix is available at Pontiac dealerships. However, neither of these companies are purchasing product from the premiere builder of product in their specialty. Dodge builds trucks, but not at the rate that Ford does or with the excellence of General Motors engineering. Nissan builds cars but the Sentra is no Civic-beater and the Rogue crossover is not the top-of-the-class. This isn’t as if Nissan is buying a Chevrolet Avalanche and Chrysler’s getting a Mini Cooper. 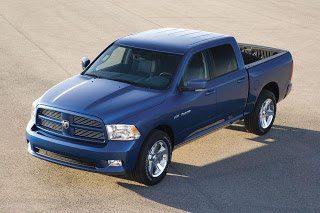