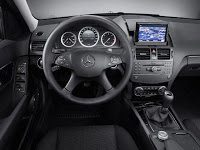 In a country where imported cars make up just 5% of the overall automotive market, importers are happy with whatever they can muster. For the second consecutive month, Mercedes-Benz topped the premium import badges with 597 sales on the southern half of the Korean peninsula.  Slightly more C-classes than E-classes went out dealer doors and slightly more E-classes than S-classes.

Meanwhile, Honda was the overall leader in sales by an import brand. Only in a protectionist, high-import tax market like Korea could Honda’s 227-car lead over Benz be such a huge percentage gap.  BMW trailed Mercedes ever-so slightly, whilst Lexus; Audi; and Volkswagen filled out the top six. 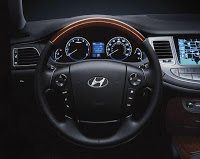 Add the top six with the small numbers put forth by other imports and you get just 4,572 sales of foreign-made automobiles in a country with around 72,000,000 people.  However, that is 33.5% higher than in February of 2007.
And here we are thinking Hyundai is just starting the process of competing with Lexus and Mercedes-Benz via its Genesis. Ha.  It appears as though, at least in Korea, the luxo-premium brands must fight for every sale.