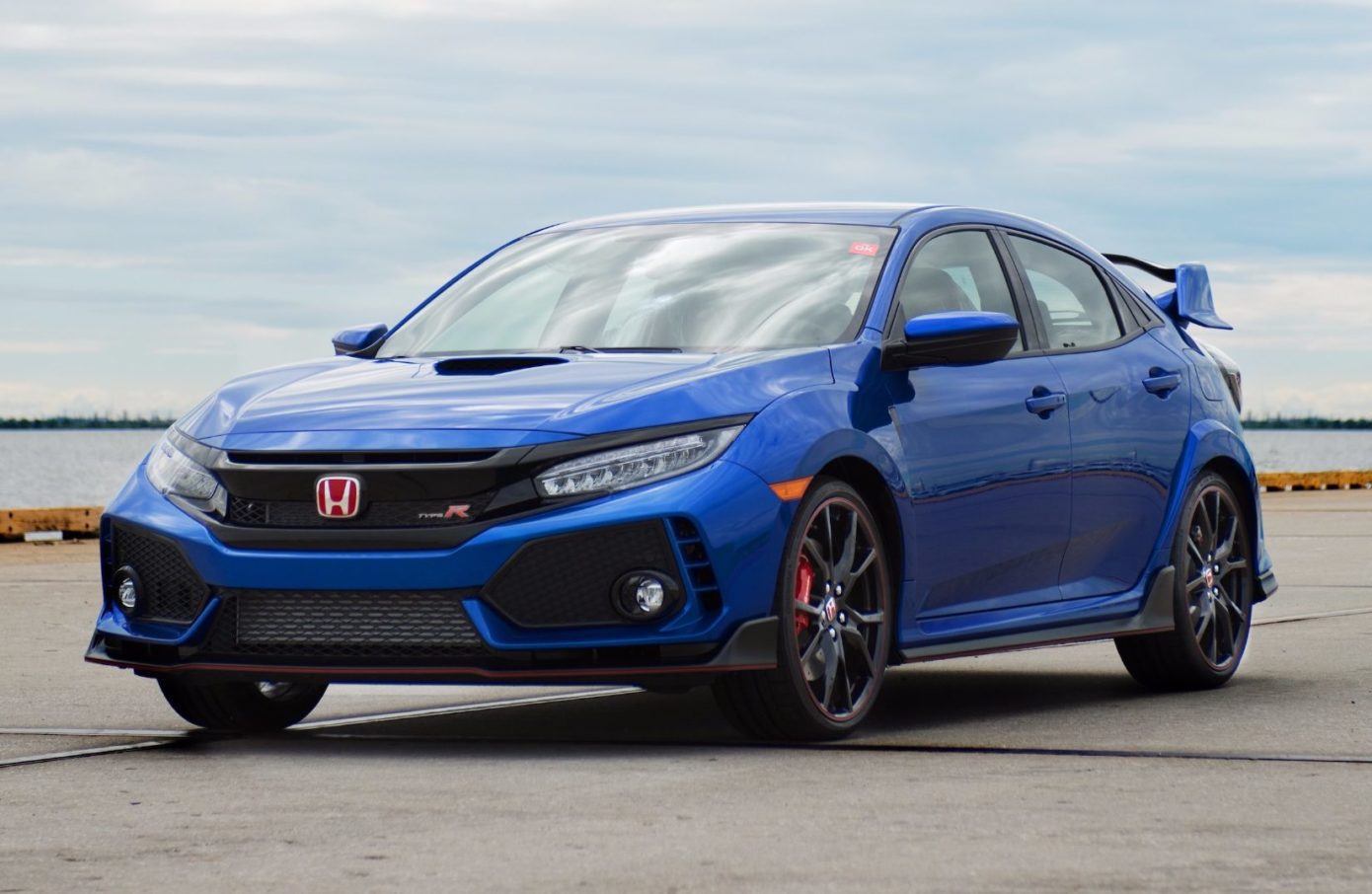 Honda’s most iconic cars are the protagonists of these lines. Ten mythical vehicles from the Japanese company with a trajectory of over 70 years. So, do you think it was for us to choose the best Hondas in history? Definitely not.

Throughout the years that Honda has been in business they have given us some groundbreaking automobiles. Ranging from the most reliable utility vehicles to sports cars developed to compete with European juggernauts, plus compact cars with the largest number of generations. The truth is there’s a lot to choose from when deciding which are their most iconic cars.

Soichiro Honda founded the company in the late 1940s as a technical research company. However, being oriented towards facilitating the mobility of people, he started off with a bicycle to which he installed a small auxiliary motor. His intention was to create useful tools for people and at first, he was dedicated to making motorcycles. But in the 1960s the company’s first four-wheeled vehicles arrived and since then Honda has swelled its lineup with now-iconic cars. 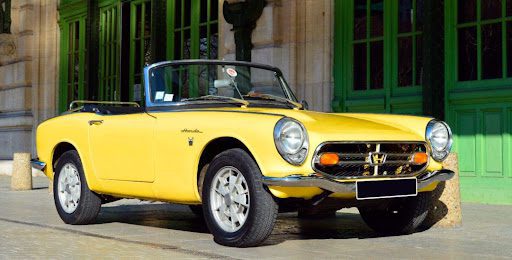 The S800 Roadster was a car full of life with which Honda’s first attempted to enter the European and U.S. markets. This adorable sports car excited the public in the late 1960s thanks to a series of advanced technical solutions.

The S800 was offered in both coupe and convertible bodywork, becoming the company’s face, and having brilliant success in Japan. It secured its place in history by being Honda’s first 100 mph car.

In 1966 the S800 arrived in Europe, debuting at the Paris Motor Show that year and leaving no one indifferent. The S800 rubbed shoulders with other roadsters of its time like the Triumph Spitfire and MG Midget, without any complex. 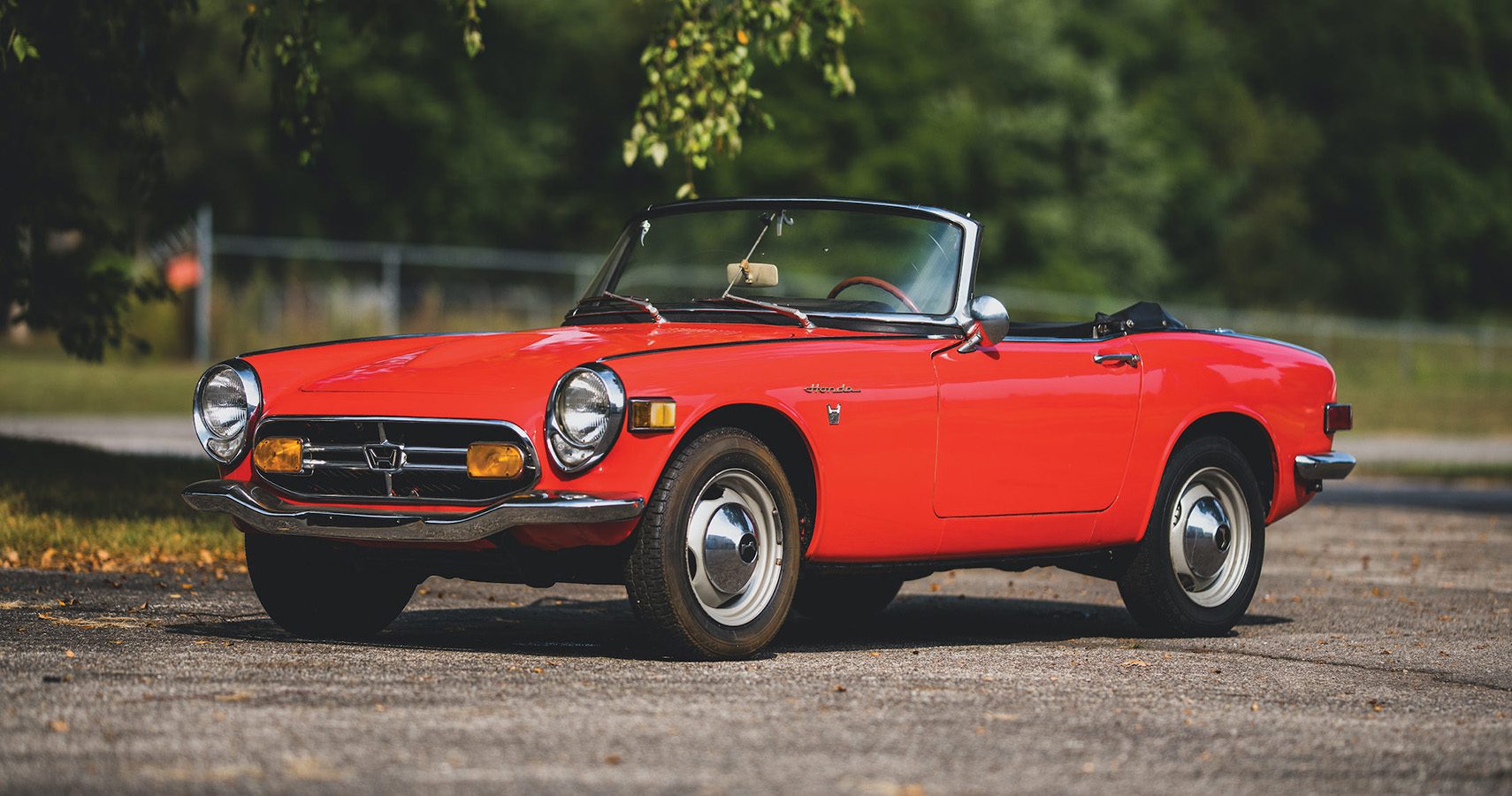 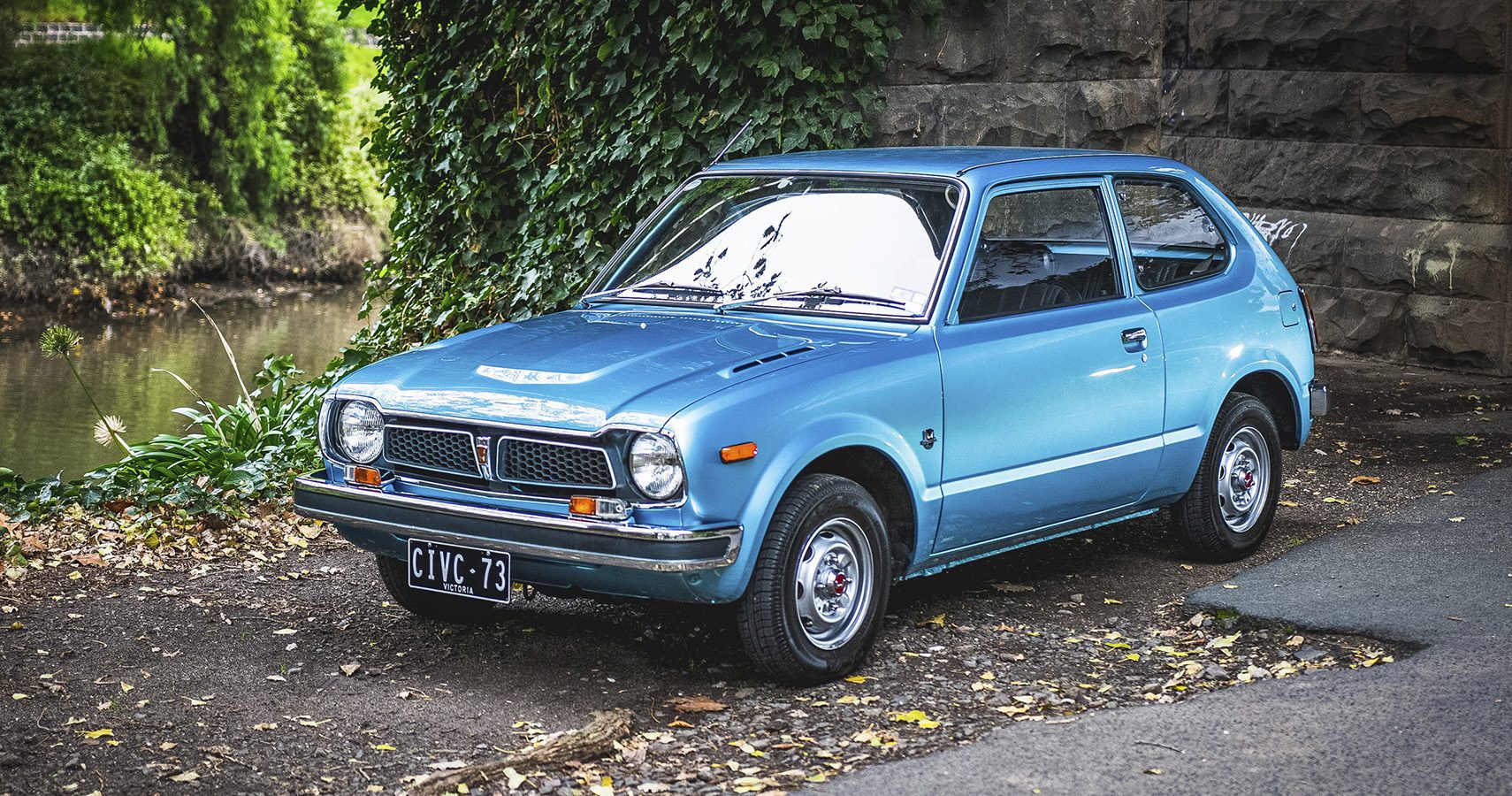 The Honda Civic is one of the most important automobiles in the history of Honda and the automotive industry. Without the Civic, you could not understand the evolution in the compact vehicle segment.

It all started in 1972 when a small 2-door coupe appeared in Japan. Honda had been an automobile manufacturer for only 10 years, and after some successes and disappointments, they were in search of a car that would mark Honda’s progress in the industry.

The Civic was born seeking to be an economical, comfortable, and fun car to drive. Its 1,169 cc 4-cylinder engine with just 50 horsepower was enough to make the Civic an immediate success.

Coinciding with the 40th anniversary of the Civic, the Japanese brand launched the ninth generation of the model in 2012. 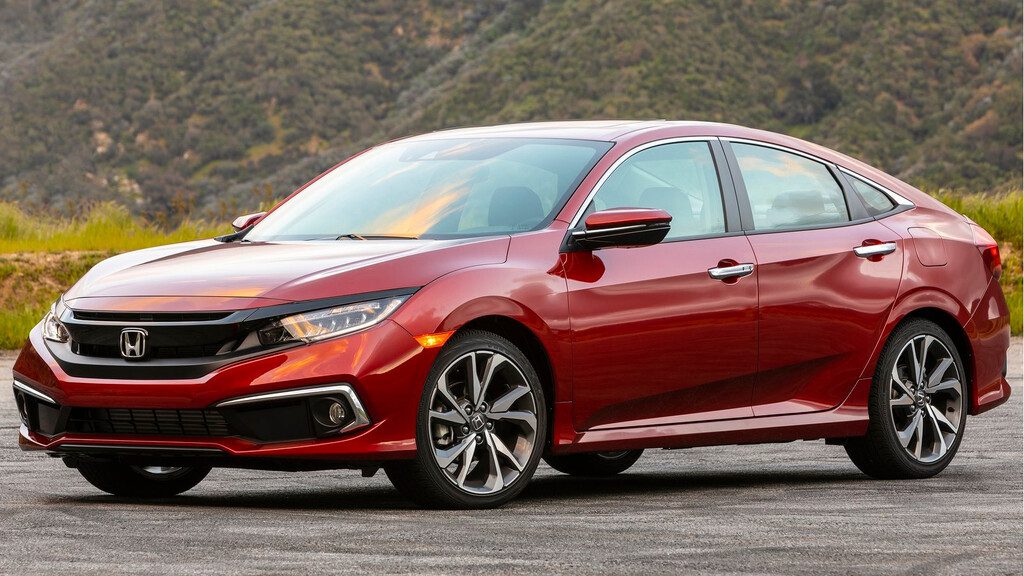 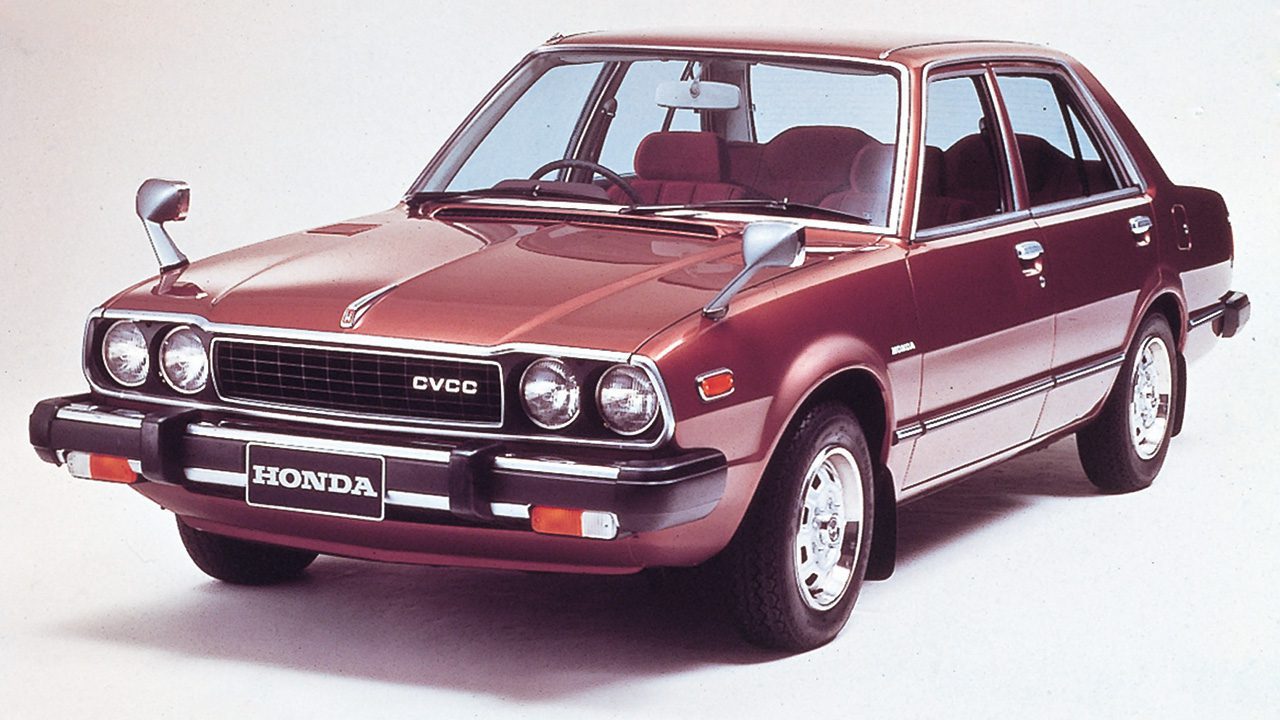 Since its debut in 1976, the Honda Accord has been a trendsetter in the global automotive market. The 1st Generation 1971-1987 appeared as a 3-door hatchback and later as a sedan in 1979. Its engines were 4-cylinder 1.6-liter 68 horsepower and 1.8-liter 72 horsepower. For the second generation, Honda redesigned the body with a longer chassis and incorporated a 4-speed automatic gearbox and pushing out 80 horsepower.

In the mid-80s, being already a bestseller, the third generation Accord was born. The model grew in dimensions, but with a sportier look and a lower height to improve aerodynamics. Again, the engine power was increased ranging from 98 to 110 horsepower. 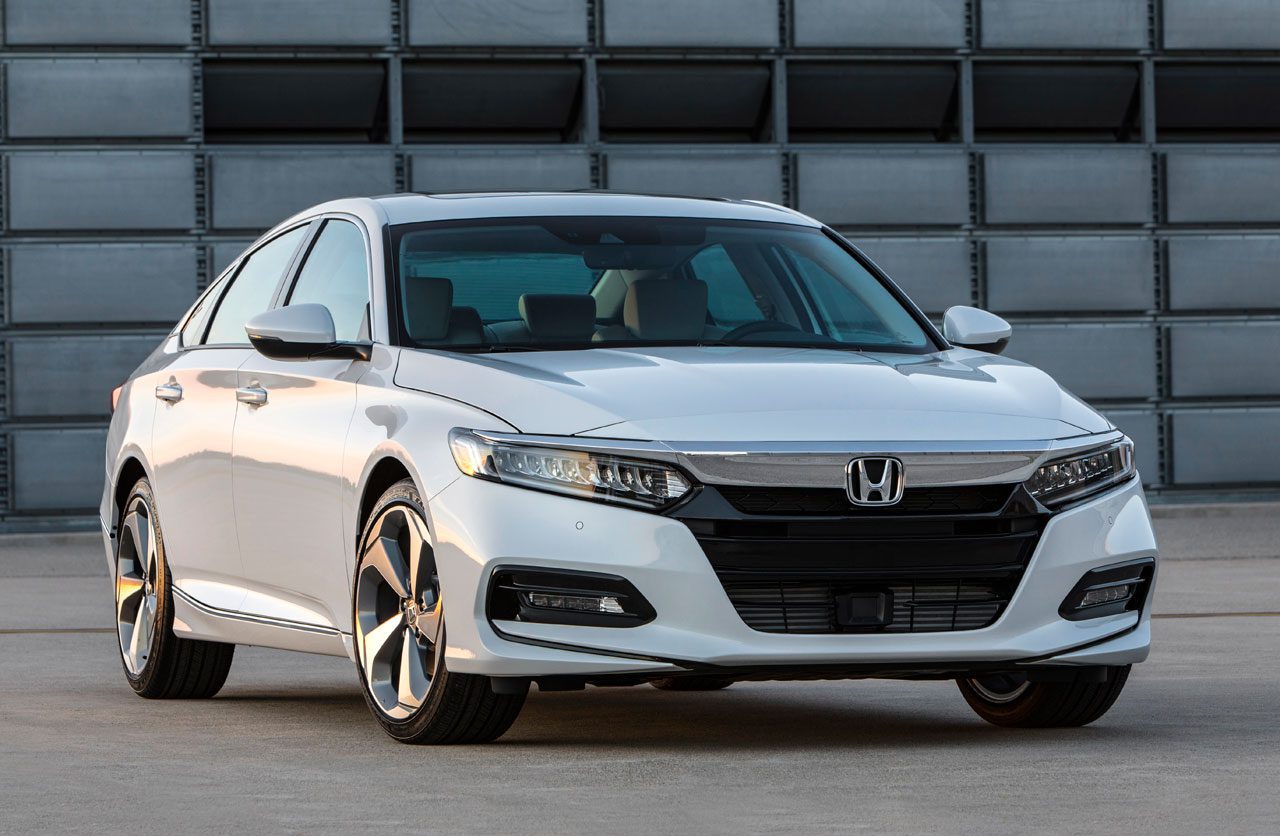 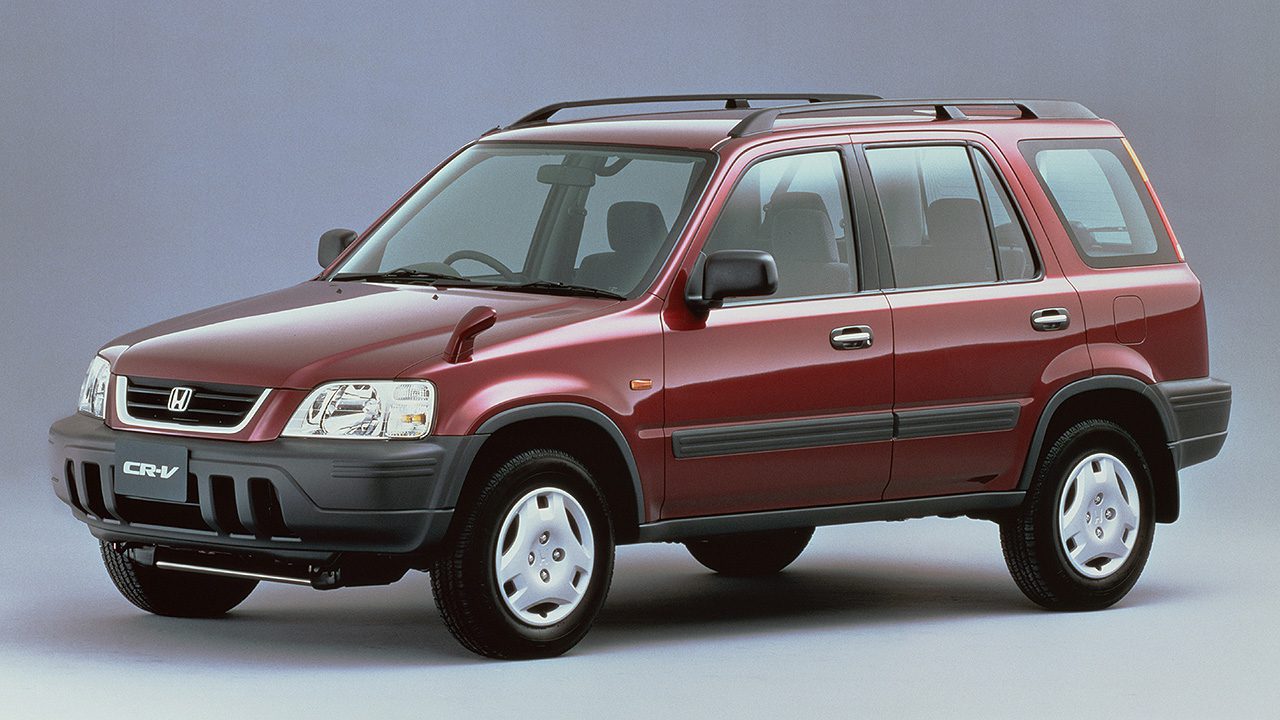 The first generation Honda CR-V saw the light in 1995, the model used the name CR-V which stands for Comfortable, Runaround Vehicle, and opened the doors to the new segment of SUVs. It also became Honda’s response to the success of the Toyota Rav4 that had been receiving critical acclaim for years.

The CR-V was a dynamic car with exceptional suspension and an advanced all-wheel-drive system. With a 2.0-liter engine under the hood, it made 126 horsepower, although it later gained an additional 21 ponies.

Throughout its years of history, the Honda CR-V has put aside its all-around abilities to become a family oriented vehicle, being more a comfortable and versatile alternative to traditional compact cars. It offers a spacious interior and cargo space, transmits confidence on the road, and is one of the most economical vehicles in the segment, both in price and maintenance. 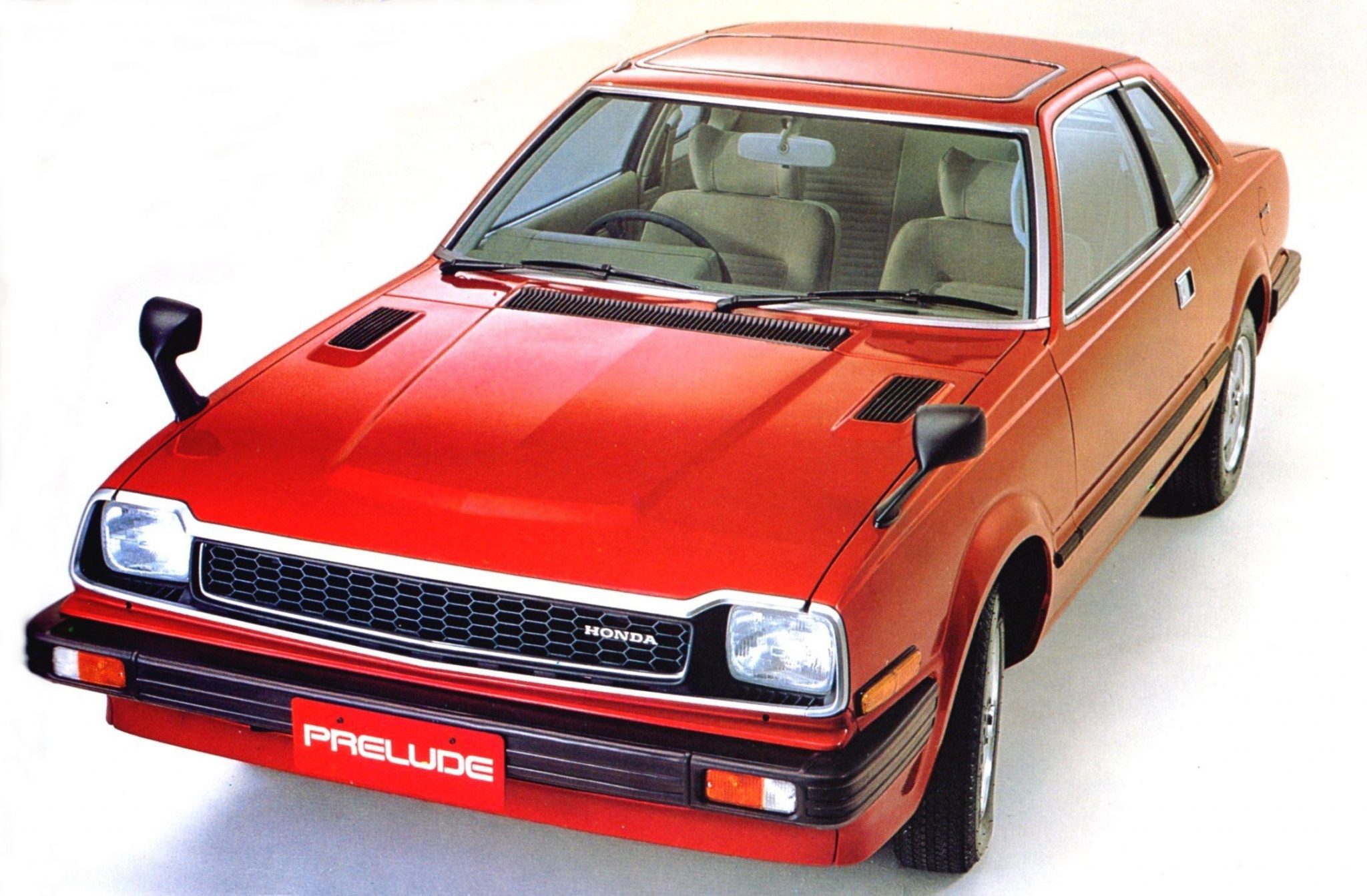 After the success of the Civic and Accord in 1972 and 1976, in 1978 the Honda Prelude was born. This two-door coupe produced 80 horsepower thanks to a 1,602 cc four-cylinder engine with a two-barrel carburetor, and a five-speed manual gearbox or a three-speed automatic.

The second generation arrived in 1982 and offered a lower body, pup up headlights, and an 1,829 cc engine twin carburetor engine with 12 valves (three per cylinder) that pushed out 105 horsepower.

Honda produced the last generation Prelude from 1996 to 2001. It featured a 2.2-liter four-cylinder with 195 horsepower and 156 lb-ft of torque, paired with four-speed automatic or five-speed manual transmission.

Between 1979 and 2002, 832,549 units of the Prelude were sold in the United States and they have become vehicles that are increasingly appreciated by collectors. 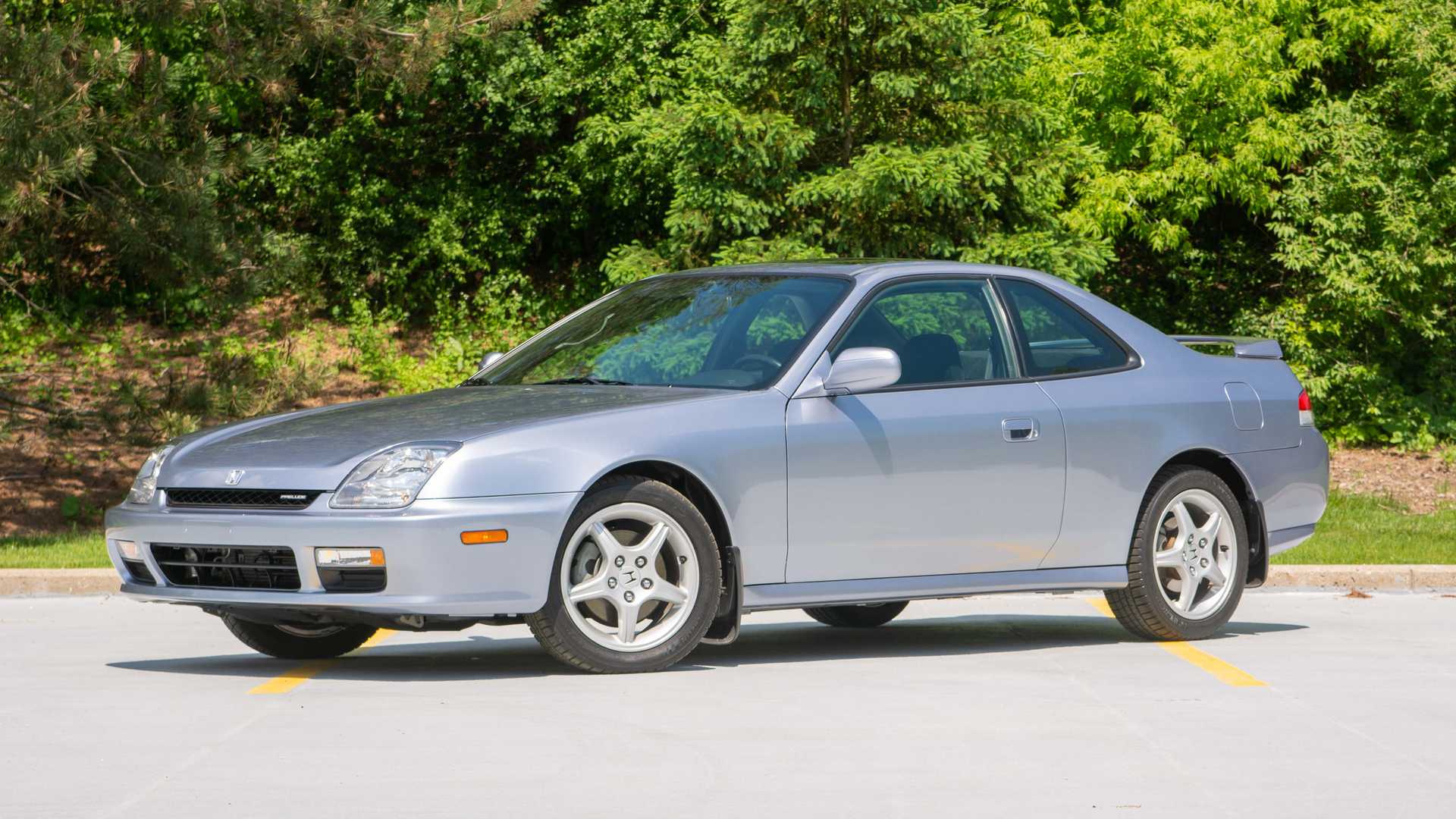 Despite Honda’s many years of experience as an engine supplier to Formula One, they weren’t recognized a performance brand. The Honda Type R changed all that, injecting passion into the heart of the Japanese automaker’s engineering.

So, we can confidently say that the Integra Type R has gone down in history largely thanks to the excellent engine that Honda chose for it. It came with a 1.8-liter VTEC producing 190 horsepower at an impressive 8,700 rpm. It was paired with a five-speed gearbox with impeccable dynamics. Therefore, the Integra Type R is said to have set the standard for all fast Hondas.

Honda limited the production of the Integra to 25 units a day because details like the intake ports were hand-polished. It came with custom body kit, a rear spoiler, and the front lip, which protruded from under the front bumper and helped improve stability. 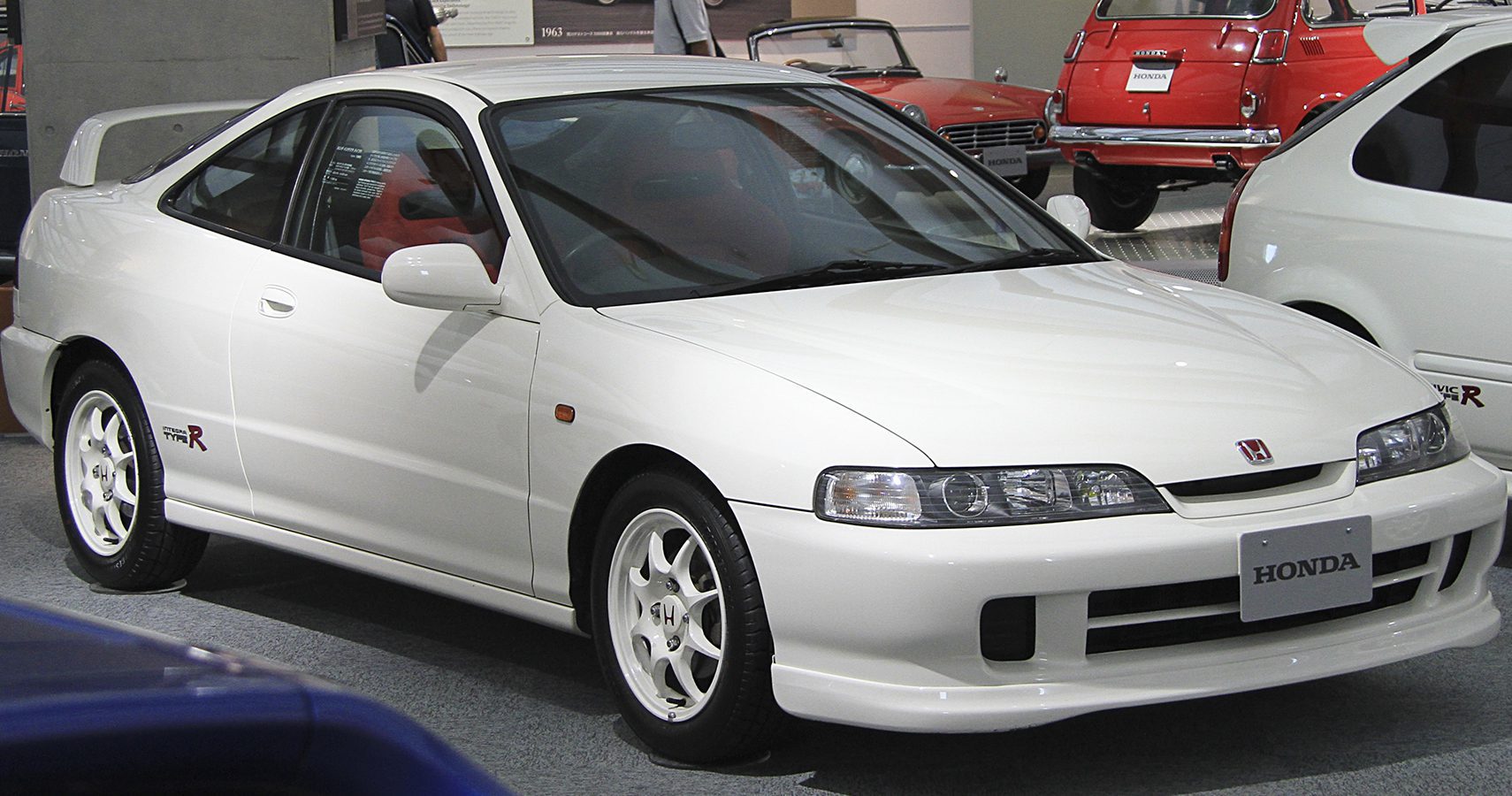 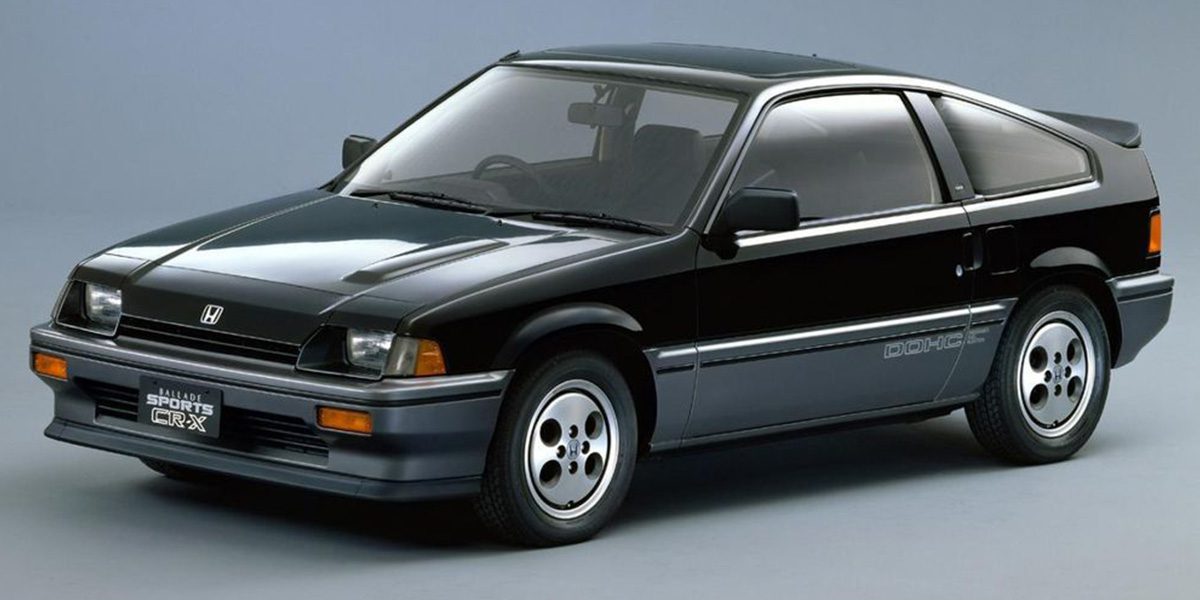 The last century was a golden age for Honda with iconic models like the NSX, the Integra, and the S2000. But there is another great little car that often goes unnoticed; the Honda CRX.

Honda built the CRX between 1983 and 1991. It was a compact 2 + 2-seater front-wheel-drive sports car with excellent handling, low weight and a love-or-hate design.

It’s worth highlighting one particular powertrain for the CRX launched in September 1989, the B16A VTEC, which made the CRX the second car on which Honda fitted a VTEC engine. This engine produced 150 horsepower and was paired with a fantastic gearbox that made shifting gears a genuine delight.

As good Honda, the CRX was a well-built car that has become a desired toy for all JDM enthusiasts. 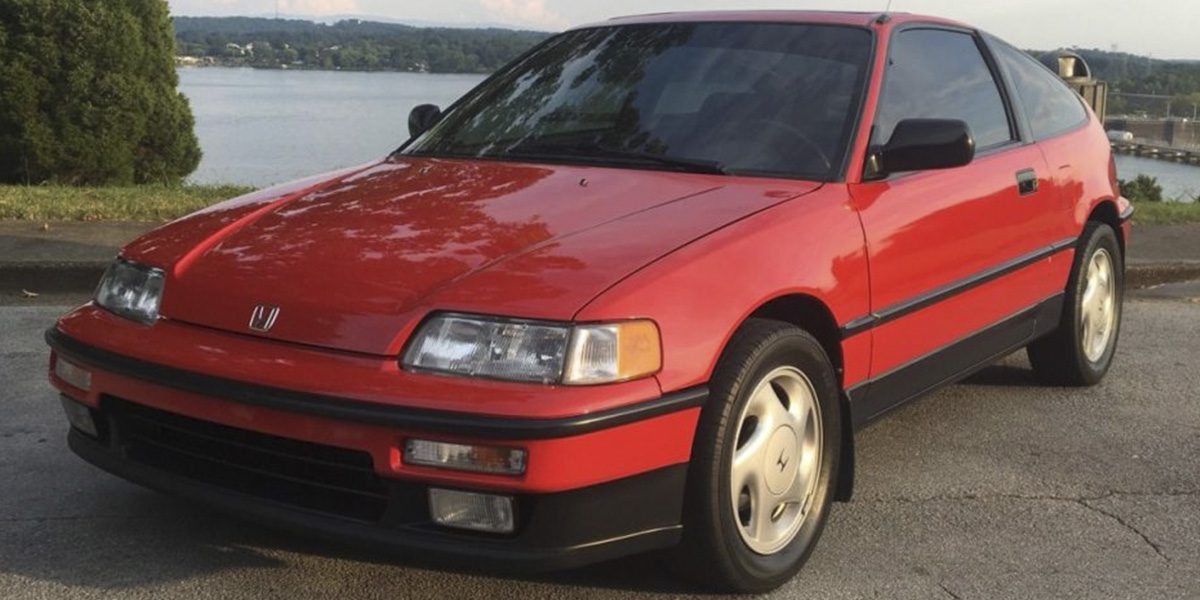 We can all agree that one of the best Hondas ever made is the S2000. For many years Honda had been making utility vehicles, sedans, and other concepts that don’t resemble the S2000.

But like any brand, Honda wanted to show that they could also produce exciting vehicles too and at affordable prices. Thus, the birth of the Honda S2000. Conceived to celebrate 50 years of the Japanese firm (1999 – 2009).

Honda proved to the world that they too could build a high-performance two-seater convertible thanks to the S000´s its 4-cylinder, 2.0-liter VTEC engine that pushed out 241 horsepower.

In 2009 Honda ended production of its S2000 with the special Ultimate Edition. In this way, they closed a chapter that neither the brand nor enthusiasts have forgotten. But this wasn’t a goodbye. You can still get the S2000 in the second-hand market, although it won’t be easy or cheap. 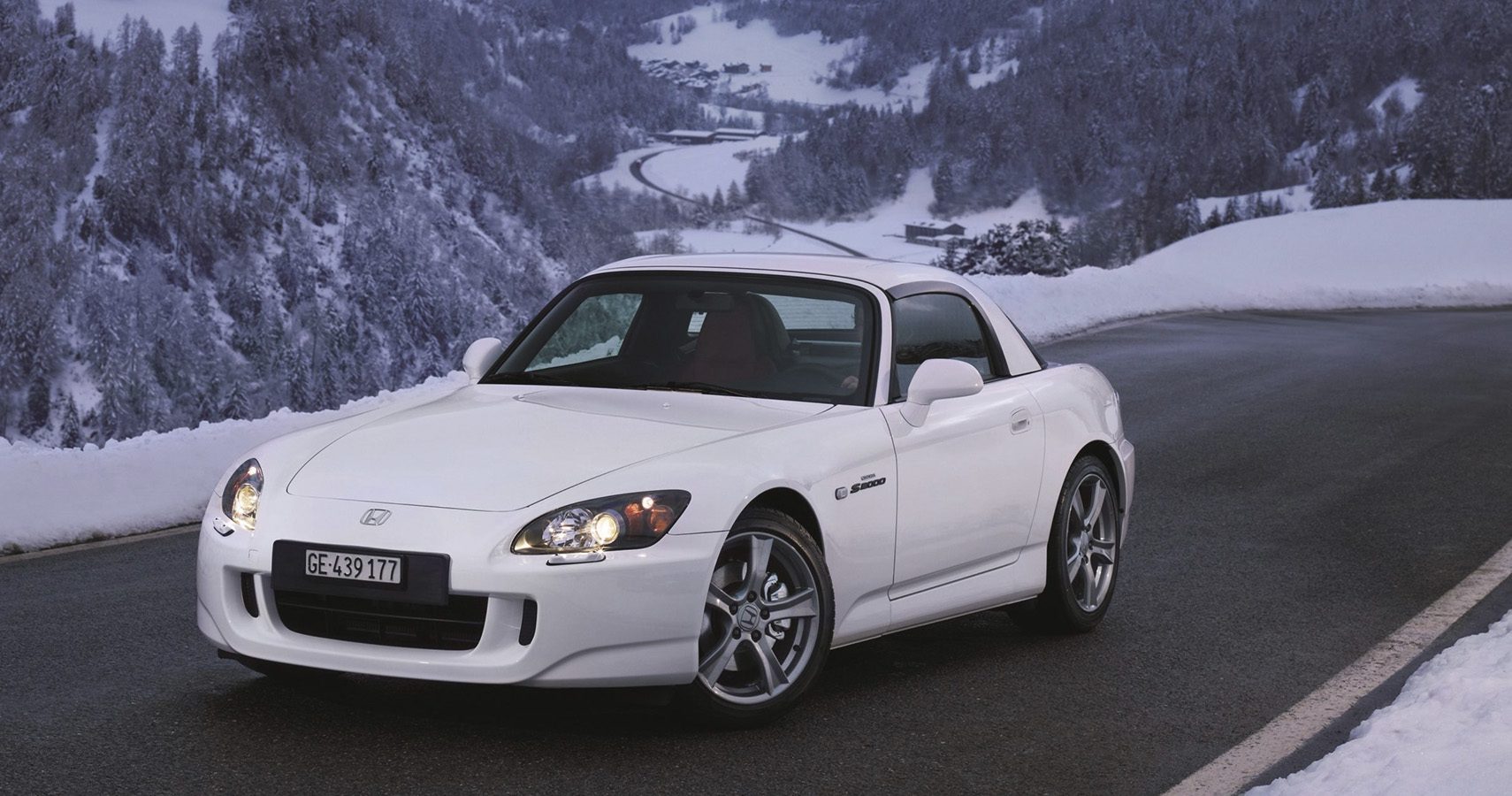 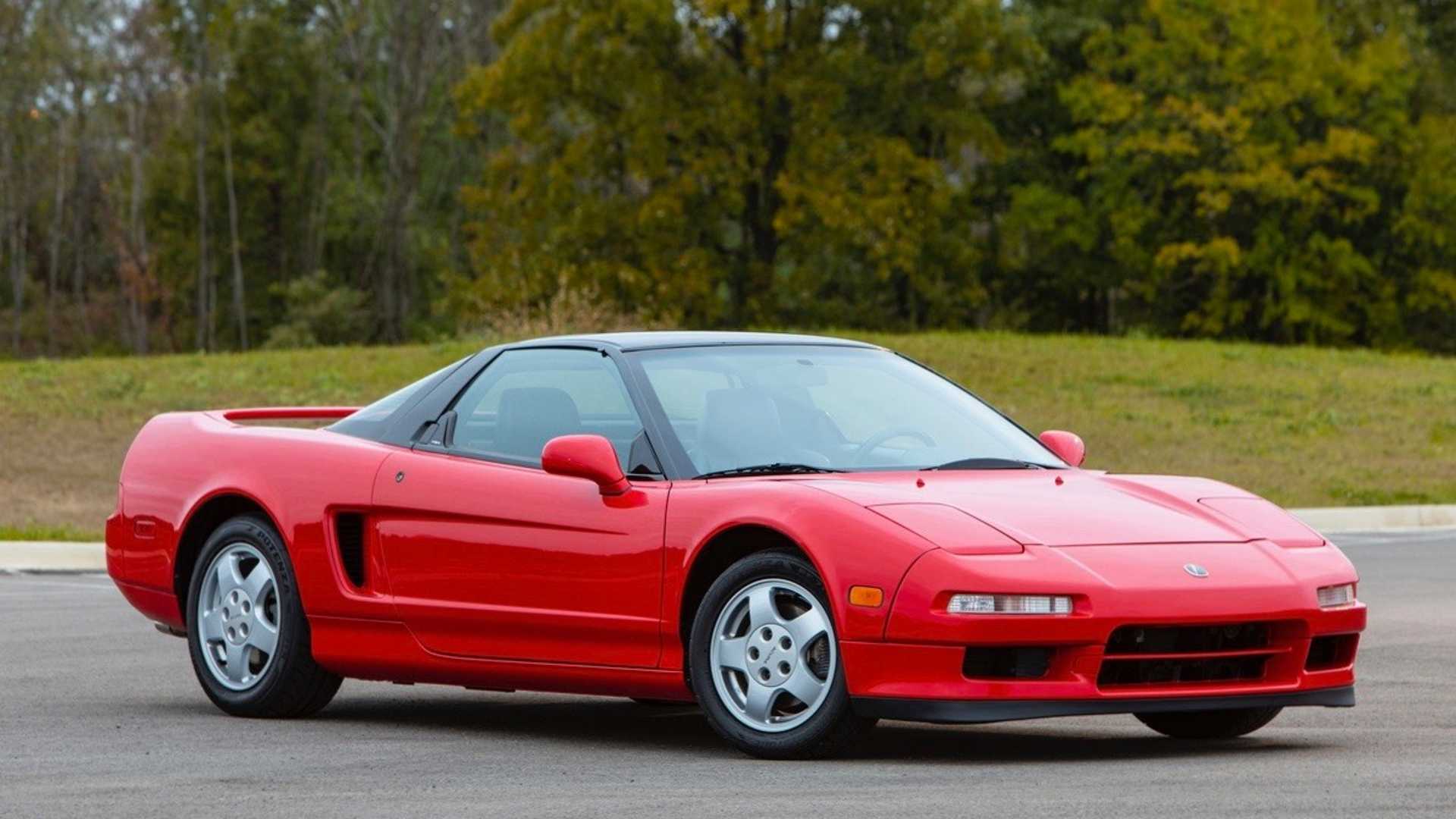 The Honda NSX is for many enthusiasts the quintessential JDM car. In 1989, the first NSX was introduced at the Geneva Motor Show by Alain Prost and Ayrton Senna themselves; the latter even being fully involved in the development of the car. For years the NSX was considered a direct rival of the Ferrari 348, for performance and design, although with a much more affordable price tag.

The production NSX started in 1990 and from the outset attracted the attention of experts and enthusiasts for its sharp and aerodynamic bodywork. But the NSX was much more than a bold design, bringing together advanced technological solutions, some of them derived from its experience in Formula 1.

Now, under the Acura brand, the NSX has evolved from the 280 horsepower 3.0-liter V6 (later the 3.2-liter 290 hp V6) of the first generation to a hybrid system in the new NSX, which offers a V6 biturbo engine and three electric powertrains with over 600 horses of combined power. 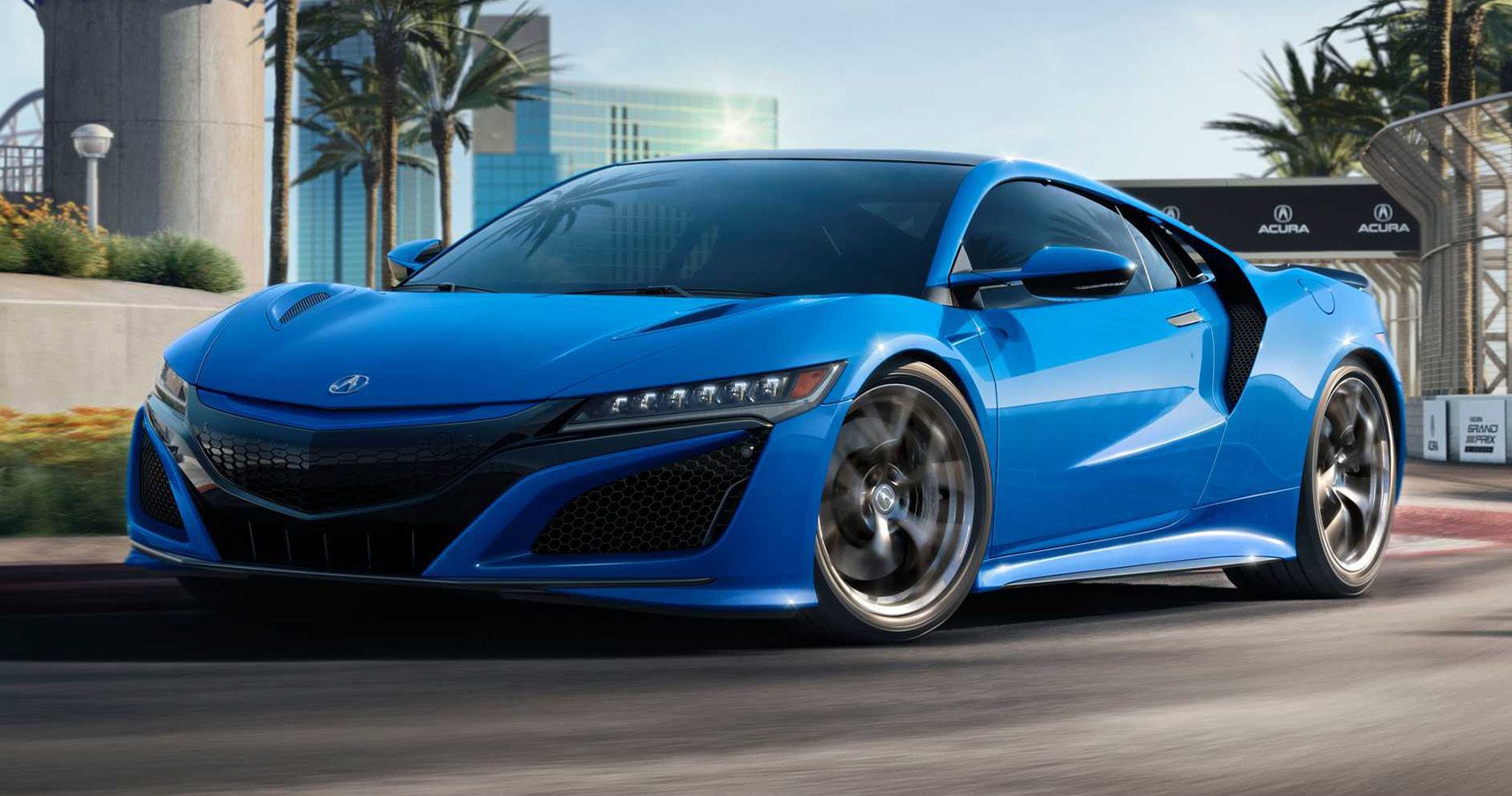 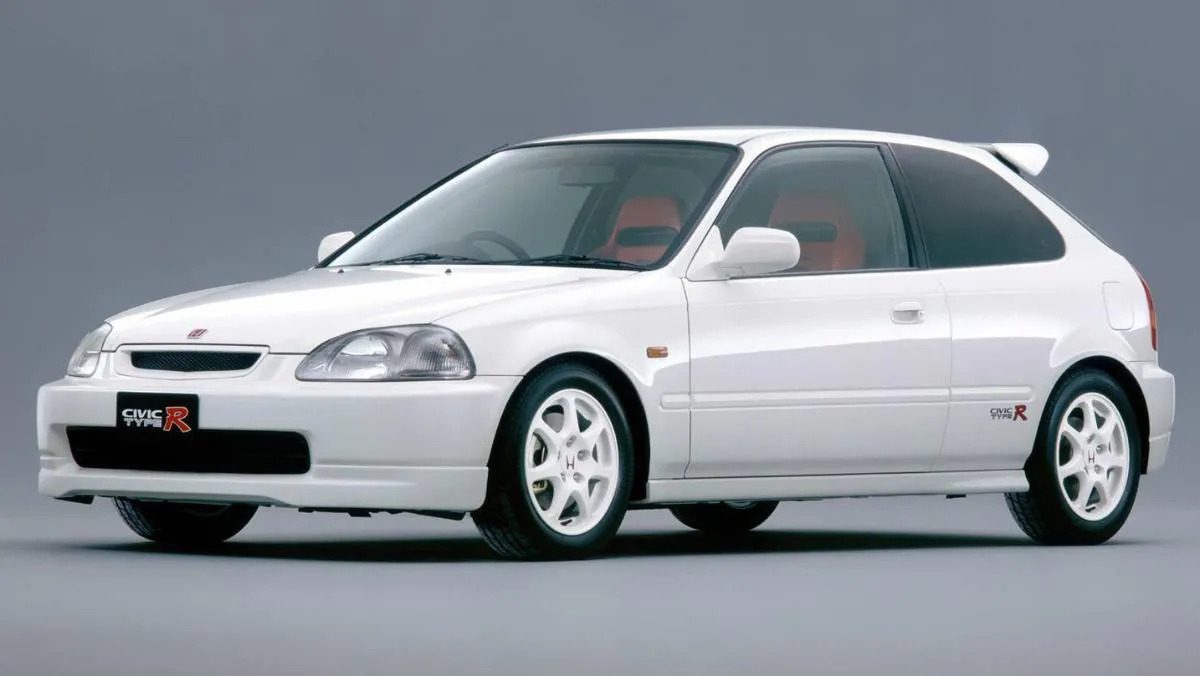 The Honda Civic Type R remains one of the most radical hot hatches on the market, a model that seems to have been with us forever.

The name Type R was applied before to other cars in Honda’s lineup, specifically born in 1992 to shape an even more brutal version of the NSX. Then in 1997, the first Honda Civic Type R was born.

In the first Civic Type R, Honda reduced the weight by removing elements related to soundproofing, the gearbox of the Honda Integra was fitted and complemented with a limited-slip front differential and reinforced monocoque chassis. The engine was a 1.6 4-cylinder with 182 horsepower at 8200 rpm and 118 lb-ft of torque.

The current generation of the Civic Type R (FK8) based on the tenth generation Civic comes with a 2.0 VTEC Turbo with 320 ponies sending all the power to the front wheels.