Having just covered BMW’s current financial situation – with help from Bloomberg.com of course – GoodCarBadCar figured it only makes sense that the #2 player in the luxury automobile sector gets some attention as well.

The economic downturn in the United States has a great effect on the rest of the world; few would deny. In the case of Mercedes-Benz, this can be too clearly seen. Have a look. And… or… check out other Numbers or $$$ posts from GoodCarBadCar while you’re visiting. Mercedes-related articles can be found here.
—–
32 – percentage drop in profit during the first quarter of 2008 compared with the same period of 2007 for Mercedes-Benz, the world’s second largest purveyor of luxury automobiles
1,330,000,000 – announced quarterly net income, in euros, for Daimler (ie Mercedes-Benz), a 640,000,000 euro drop from the 2007 period
20 – carryover stake, measured in percentage, Daimler holds in Chrysler, the maker of Dodge and Jeep as well, after the former DaimlerChrysler divorced
491,000,000 – loss, in euros, resulting at Daimler during this last quarter because of their 20% stake in their old American ‘wife’
25 – percentage drop in the value of Daimler shares so far this year, following a serious boost last year when shares jumped after the sale of EADS
50,900,000,000 – approximate valuation, in euros, of the worth of Daimler
7,100,000,000 – cost savings, in euros, Mercedes-Benz has garnered by shaving 9,700 factory jobs since 2005
45 – percentage boost in operating profit by Mercedes during January, February, and March 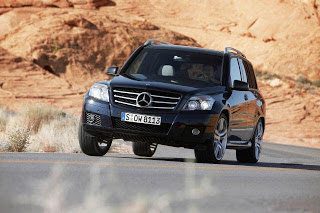