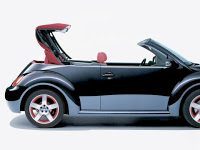 Frankly, the old American dream of a wife, a few kids, two cars in the garage and a white picket fence doesn’t belong to John McCain. Oh, he’s got the wife; kids; and probably picket fence(s) but take a stroll by his driveway(s) and two cars there may not be.

Over the weekend, it was discovered that John and Cindy McCain, candidate for President of the United States and First Lady, combine to own thirteeen cars. Do the math. Inevitably you see at least three of the McCain’s homes lacking the obligatory second car.
(Click here for a post on all the candidate’s cars)
Seriously, the part that has made the news has actually centred on the Senator’s claims that, “I’ve bought American literally all my life and I’m proud.” While the mainstream press doesn’t like to share some of the specific models therefore making it difficult to know exactly where all the cars were built, the list below lets you in on some problems related to John McCain’s claim.
—–
2004 Cadillac CTS: John’s “daily driver”
2001 Honda ‘sedan’: one can assume it’s a Marysville, Ohio-built Accord
2007 Ford F-Series: good for a ranch or three
2001 GMC ‘SUV’: GMC built a few in ’01 – Yukon, Yukon XL, Jimmy
2005 Volkswagen New Beetle Cabriolet: Built by Mexicans in Mexico

2008 Jeep Wrangler: McCain would actually look like an everyday American if this was it
1960 Willys Jeep: Can you be any more American war hero than an owner of a ’60 Willys and an ’08 Wrangler?
2000 Lincoln: Guessing Town Car, considering the Senator’s age, but it could be a Navigator, Continental, or LS
(3) NEV Gem electric: Like the aforementioned Town Car, every rich retiree needs a Gem
Lexus: Cindy’s car is an unspecified Japanese luxury car with a license plate reading “MS BUD”
Toyota Prius: This car could actually be the vehicle of daughter Meghan or the Senator’s or Cindy’s. One struggles to keep track.
—–
Barack Obama recently traded in his Hemi V8-powered Chrysler 300C for a Ford Escape Hybrid.