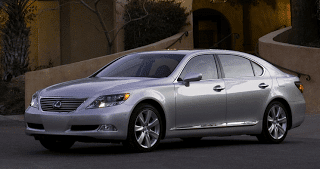 LEXUS LS600hL vs MERCEDES-BENZ S400 HYBRID vs BMW 7 ACTIVEHYBRID – ARE THE SAVINGS REAL?

Lexus created the luxury hybrid craze, if a craze is what you’d call the media’s appetite for super-expensive vehicles with mediocre fuel efficiency. Like Chrysler with the minivan trend or the Ford Explorer with SUVs, being there at (or near) the beginning is one way to reserve a chunk of buyers for your product.

However, at the top end of the luxury hybrid sedan segment, a category previously filled by Lexus alone, Toyota’s luxury partner is receiving two high-profile competitors. In three-pointed star showrooms, the Mercedes-Benz S400 Hybrid brings alarming value to the playing field. In a few months, the BMW 7 ActiveHybrid will be positioned in between the V8 and V12-engined 7-Series sedans.
Surprisingly, a buyer shuttling from the BMW dealership to the Mercedes-Benz store over to the Lexus showroom will find the most expensive luxury hybrid sedan at the end of his search. BMW plans to introduce the 7-Series ActiveHybrid $103,125. Mercedes-Benz has already begun selling S400 Hybrids at the bargain basement price of $87,950. Lexus? Well, the awkwardly named LS600hL starts at $108,800. That’s $43,420 more than the MSRP on the Lexus LS460, a very luxurious and capable car in its own right. You could have an LS460 and a Lexus IS350 plus a few thousand dollars in change instead of an LS600hL.