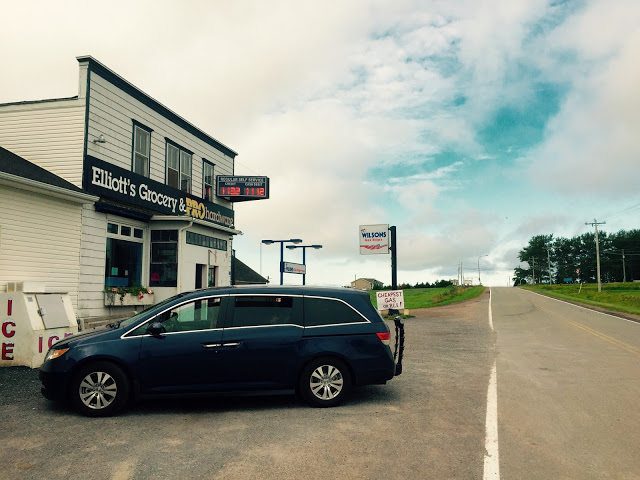 Two months have passed since we took possession of our own 2015 Honda Odyssey EX.

This isn’t some perk associated with working in the automotive industry. We’re paying for the Odyssey with our own money.

Last month we nitpicked about the size of the sunglasses holder, largely because there’s very little of consequence with which to complain about the fourth-generation Honda people carrier. But in the spirit of nitpicking, this month we can say that, like so many vehicles with rear hatches, the rate at which the tailgate becomes filthy is scarcely comprehensible.

It seems as though all the filth from the whole width of the road on which the Odyssey traverses is scooped up and applied to the rear of the van, giving the appearance of a vehicle that wasn’t washed only minutes ago.

Speaking of which, we just returned from a week away in Prince Edward Island, where red dirt reigns and vehicles are exposed to conditions that foster rust and excessive uncleanliness. As a result of staying in a cottage that was more than one kilometre from the nearest paved road, our Odyssey is dirtier than it’s ever been.

But we all know no vehicle acquits itself better during a week-long family vacation than a minivan, whether that vehicle’s an Odyssey, Sienna, or Grand Caravan. With the cargo area maxed out with countless beach towels, kitchen staples, plenty of dog food, a non-collapsible bike trailer, a guitar, and much, much more, the Odyssey’s fuel economy did suffer. Typically, because the highest speed limit in PEI is a paltry 90 kmh, we see better fuel economy on The Island than elsewhere. But at the far east end of PEI – home to Basin Head and singing sands and Rick’s Fish’n’Chips and Naufrage’s massive tuna – we may have exceeded the 90 kmh mark by just a bit, and with six aboard.

Time and time again, however, our 2015 Honda Odyssey showed us exactly why we chose this van over other candidates. Hustled along Route 16 between North Lake (where apparently no dining establishment currently exists, to our chagrin) and Naufrage, the Odyssey revealed itself to be more closely linked to Honda’s own Accord than the Kia Sedona we drove last winter.

Nothing has yet broken, there are no squeaks or rattles. The transmission continues to normalize. The rate at which we put miles on the Odyssey will likely slow as autumn approaches and as relatives leave Nova Scotia for Alberta and Pennsylvania and Mexico.

GCBC’s next long-term Odyssey update will appear in one month.

Unfortunately, our first week-long vacation in four years coincided with a period in which the all-new, third-generation 2015 Nissan Murano arrived at GCBC Towers. Not only did the Murano arrive a day late for our departure, but it seating capacity and cargo volume fell short of what we required for our vacation. For the sake of additional content, we could publish a Murano review on GCBC’s main page, but it would be less than a halfway job. The Murano must make way for an incoming Mazda CX-5. Nissan Canada took the time to send the car to the east coast and a week was set aside for the Murano to visit us, so our Odyssey apologizes to Nissan’s Murano for stealing the limelight.