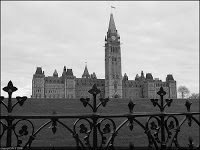 LETTER FROM HONDA TO CANADIANS

Recently noticed the following at www.honda.ca in a not-so-prominent position. Big news, however. Rather righteous, considerate, and responsible. Follow this link to the Government of Canada’s ecoAuto Rebate website.

— “In an open letter to Canadians, Honda Canada reaffirmed a long-standing commitment to provide “blue skies for our children.” This philosophy goes beyond industry and government requirements to ensure consumers are not forced to choose between the environment and safety when making a vehicle purchase. In its March 2007 budget, the Canadian Government recognized the Civic Hybrid among the vehicles eligible for its recently announced ‘ecoAUTO’ rebate. While pleased to offer customers products that provide advanced class-leading fuel efficiency, Honda Canada Inc. believes the eligibility criteria for the rebate is too arbitrary and ignores the balance between environmental responsibility and consumer safety. “We believe that our vehicles offer the customer the right balance of fuel efficiency and safety,” said Jim Miller, executive vice president of Honda Canada, Inc. “Honda’s Safety for Everyone commitment offers the same fuel-efficient vehicles with advanced levels of safety as standard equipment regardless of the price or size of the vehicle that meets customer needs.” Safety and environment are cornerstones of Honda’s DNA. Consider Honda’s track-record in the areas of safety and environmental initiatives:
SAFETY
• Advanced safety technologies as standard equipment on virtually all vehicles regardless of size or price (Oct. 2003) • Only automaker with standard Occupant Protection Detection System for front passenger side airbag deployment • Honda has more NHTSA 5-star/5-star vehicles than any other automotive 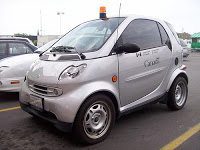 brand • 100% of MY07 Honda and Acura trucks achieved NHTSA 5-star/5-star ratings • Ridgeline is the first 4-door pickup truck to earn a NHTSA 5-star/5-star rating • 2007 Honda CR-V and Pilot, and 2007 Acura RDX and MDX earned ‘Top Best Pick’ status from the Insurance Institute for Highway Safety (IIHS) • Pioneer of advanced airbag technology • First vertically deploying passenger airbag; first “smart” airbag • Leader in car-light truck collision compatibility • Advanced Compatibility Engineering™ (ACE™) body structure – applied to more than half of all current Honda and Acura models • Pedestrian safety features on more than 5 million Honda and Acura vehicles
ENVIRONMENT
• North America’s most fuel-efficient car company • First automaker to introduce Low-Emission Vehicle (LEV) technology to Canada • First automaker to introduce Hybrid technology to Canada • First automaker to establish a voluntary target to improve fuel efficiency (May 2006): aiming for a 5% improvement in its fleet average fuel efficiency from 2005 levels by 2010 • All MY06 Honda and Acura vehicles meet stringent Tier 2 emissions standard, more than any other full-line automaker • Union of Concerned Scientists recently nominated Honda as the “Greenest Automaker” for the fourth consecutive time • March 2007, Fortune magazine singled out Honda as the only automotive company to go beyond what the law requires to operate in an environmentally responsible way • A new, more affordable, dedicated hybrid car positioned below the current Civic Hybrid in size and price, to be introduced in the U.S and Canada in CY 2009 • New “clean” 4-cylinder diesel engine technology that meets U.S. EPA Tier 2 Bin 5 emissions standards (without a tank of urea), to be introduced in the U.S and Canada within the next several years 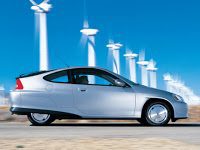 • More advanced and efficient versions of i-VTEC and Variable Cylinder Management (VCM) technology, introduced by the end of the decade, beginning with VCM on the all-new 2008 Honda Accord V6 • Next generation Honda fuel cell vehicle, based on the hydrogen-powered FCX Concept, will be marketed on a limited basis in the U.S. and Japan beginning in CY 2008 In response to the Government of Canada’s arbitrary definition of fuel efficiency and to ensure that Canadians have an equal opportunity to purchase a vehicle that offers the right balance of environmental stewardship and safety, Honda Canada and its automobile dealers are responding. Customers who purchase or lease a new 2007 Honda Fit with automatic or manual transmission or a new 2006 or 2007 Honda Civic with manual transmission (excluding the Civic Si Coupe) will receive a benefit that mirrors the Government’s ecoAuto program. Named the “Honda Benefit,” a $1,000 incentive will be applied and, same as the Government program, will be effective retroactively to March 20, 2007, for eligible consumers who purchase or lease one of the above noted vehicles from a Honda dealership….”