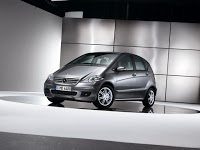 Just as the new Mercedes-Benz C-class came fully on-line, dealers across the planet did a terrific job of getting customers into the sporty small sedans and wagons.  26,800 C-classes were sold in January, a very pleasant doubling of 2007’s totals.  Interestingly, total Mercedes sales were up by a similar total, 12,700.
The C-class isn’t the only vehicle Mercedes beancounters can thank, however.  A and B-class sales were up 3% over the previous January. Aided by its American introduction, smart fortwo sales more than doubled, from 3,400 in January of 2007 to 8,000 in the same period of ’08. 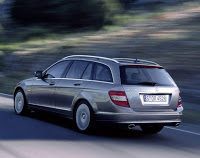 Home market sales were up 13%.  Even the rest of western Europe contributed to Benz’s success: 3,000 more vehicles were sold in that region this January.
There’s no denying one simple and obvious fact.  The four vehicles mentioned above are M-B’s smallest. smart’s fortwo is one of the world’s smallest cars.  In the United States, the C-class is the Benz brand’s smallest vehicle whilst in most parts of the world, that title is held or shared by the A and B-classes.