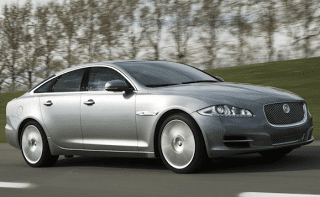 PRICING THE NEW JAGUAR XJ AND ITS RIVALS FROM BENZ, AUDI, LEXUS & BMW

Approaching from the British (or Indian?) horizon is the brand new 2010 Jaguar XJ. Choose between 385, 470, or 510 horsepower. Opt for the 119.4-inch standard wheelbase or the 124.3-inch L. Long wheelbase versions are between 40 and 82 pounds heavier than the regular car. Trunk volume increases nary a cubic foot with the longer XJ. Rear legroom, however, extends by nearly half a foot.

Are we kidding ourselves if we believe choosing an XJ over an S-Class Benz or 7-Series BMW has anything to do with pricing? Technology probably plays a major role. Comfort, when considering a car of this stature, must be an important factor. And style; oh style truly matters.

Jaguar, indelibly linked to stylish cars despite their recent lack of any appropriately modern incarnation, has let us down with the ’10 XJ. Few automakers are opened up to as much design-based criticism with each new car. Inevitably, many consumers will be disappointed. ‘Tis of the greatest import that many others fall madly in love with the new Jaguar XJ… and that they possess at least $72,500 USD or as much as $115,000.
Escape the draw of technology for just a minute. Ignore powertrains momentarily. Forget about style. How does the XJ lineup match up with its opponents economically? Examples of the Jag’s direct competition come first. Below these $$$, check out some others standing in proud contradistinction.