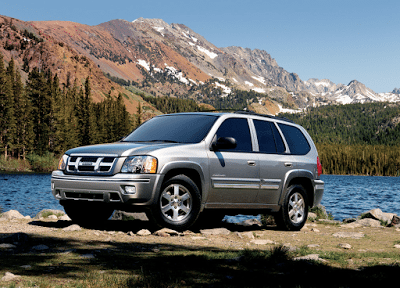 Monthly and Yearly Sales Figures for Isuzu in the United States

This is your hub for all of the Isuzu sales data for the U.S market.

Isuzu is an international car manufacturer and yet, we don’t see any Isuzu cars running around here in the US. Well, that’s because the company has discontinued selling automobiles in North America since January 31, 2009 after a series of years with poor sales.

Make no mistake, Isuzu is a very big automobile manufacturer. The company mainly manufactures passenger and commercial vehicles and markets them in international markets worldwide. Isuzu branded vehicles are powered by diesel engines which is the company’s primary market focus.

The company is also an engine supplier. As of 2009, Isuzu has produced over 21 million diesel engines which can be found on vehicles from all over the world. Isuzu’s diesel engines are also used by other manufacturers including General Motors, Renault, Saab, Honda, Toyota, Mazda and many more.

Even though Isuzu has marketed their vehicles successfully in Asia, Africa, and South America, the company didn’t enjoy the same success in the North American market. They did good at the start of the 2000s and had its peak in 2002 when they sold 52,992 vehicles. But after that, North American sales has dropped tremendously for the Japanese vehicle manufacturer.

The poor sales performance of Isuzu can be attributed to several factors but the most glaring issue that the North American people found about their cars is that their vehicles do not have the same level quality as what other Japanese automakers did. Isuzu’s top of the line SUV, the Trooper, was under-powered for being an on- and off- road vehicle.

Currently, the company continues to manufacture different kinds of vehicles and markets them in other markets. Just don’t expect them to sell their Isuzu-branded vehicles here in North America after such as huge slump in sales performance.

Here you will find yearly Canadian and U.S. sales figures for the Isuzu brand. Use the dropdown at the top right of this page or at GCBC’s Sales Stats home to find sales figures for any other brand or any specific vehicle currently on sale in North America. Click here for the total market size from any of these same time periods.