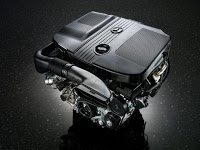 Mercedes-Benz recently introduced a strong four-cylinder diesel powerplant. It’s not unusual for a German luxury automaker to introduce new engines of any sort. In fact, the ever-evolving diesel is a BMW, Audi, and Mercedes forte.

Nevertheless, this 2.1L four-cylinder ought to garner some heady comparisons. Comparing diesels with equivalent gasoline/petrol-powered engines is unfair, to say the least. But it appears that in the latter part of this decade, the unfairness of it all has switched sides.
Remember the 80’s? Or are you still attempting to wipe the soot off your pants after the episode involving the Oldsmobile diesel your uncle owned? Even after diesels began to be exclusively turbocharged, gasoline-fired engines had their number. It was expected, as recently as a few years back, that two turbos and a little extra capacity were required to find the horsepower present in ‘normal’ engines. Torque was another story, but still; the four-cylinders were at an even greater disadvantage than the big V8 diesel bruisers from Audi and Mercedes-Benz or the straight-sixes from BMW.
Forget that. This new 2.1L generates 204 horsepower. Strip away a hundred CCs or so and call yourself Volkswagen GTI. Your 2.0L turbocharged four-cylinder doesn’t produce as many horses as this Benz diesel. Honda, perhaps the world’s preeminent engine manufacturer, utilizes a 2.0L naturally-aspirated four in the Civic Si and Type R, but it comes up a speck short as well.
Ach, what about America? Surely Detroit can come up with something filled with gasoline that’ll topple the Germans. Hmm? Hello Detroit, where art thou? Chevrolet’s 2.2L Cobalt is more than 50 horsepower down on the 2.1L Benz diesel. Its torque figure is nearly 2.5x greater than that generated by the Chevrolet mill.
The French – surely the French can come up with something better. Renault’s hot hatchbacks are like nothing else. True enough, but the 2.0L out of the Clio 197 produces just that. 197 horsepower.
Is it fair? General Motors, not exactly the last bastion of four-cylinder hope, can turbocharge a small four-cylinder gas-fired engine to heights not seen by this 2.1L Mercedes diesel. The HHR wagonette, in SS form, makes use of a 2.0L turbo that spins to 260 horsepower. That’s got the Mercedes number by 56.
It’s easy to see then, that turbo vs. turbo, gasoline can fuel an engine to horsepower greatness in a way that’s yet to be seen with diesel. There are plenty of other examples just like the Chevrolet HHR SS, while diesel has a few others that can cut the mustard, too. Torque and economy are still the calling cards of every diesel. But with horsepower numbers gaining and a new following about to be born in North America (diesel prices notwithstanding), the quest for equivalent power is still charging on. 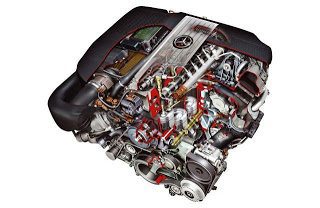