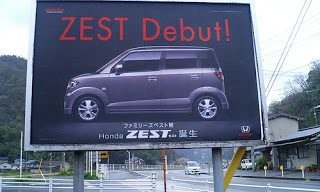 Twenty-seven straight months of growth. We’re not talking about my nearly 3-year old niece or even the New England Patriots audience, but Honda’s sales. October of 2007 saw a 12.5% rise in worldwide output compared with 2006. Honda, though you may not realize it, is considered by many in autodom to be a bit player. Engines… sure. Small cars…. yeah. Worldwide domination, never. So they say.

Truth be told, Honda’s October figures were ‘just’ 363,532 vehicles. Both output and sales were down in Japan but exports were up. North American and overall Asian outputs climbed, but nothing like Honda saw in Europe where growth was measured at 88.9% compared with Oct/06.

Forget those numbers. Just remember 27. 2-7. Twenty-seven. That, my friends, is consistent success.