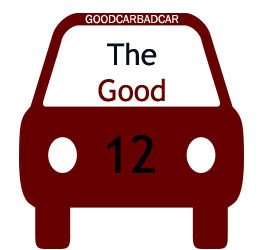 Is there only one car worthy of our compliments this year? Should we not expect cars – those priced high above the average consumer’s spending ability – to be great, able to sell without our recommendation? Are the only cars worth recommending brand new designs? Are we to recommend cars suitable only for the budgets of residents in Malibu Hills?

What cars should The Good Car Nation be seen driving in 2008? Specifically, the twelve cars which will be introduced, one car per day, on December 20th until December 31st. Beyond the points raised in question form ↑, understand this, as well. The newly licensed may yearn for a fast convertible, but insurance rates disallow any sating of that appetite. On the other hand, a family of five could be in desperate need of saving coin, but they need space. Space costs money.

Thus, despite the fact that The Good Car Guy would willingly give place to six luxury sports sedans, there would be no sense in that. GoodCarBadCar refuses to suggest that the populace be seen driving small Benz’s, Bimmer’s, Audi’s when there are excellent, inexpensive, small cars ripe for the buyin’.

Because of this, GoodCarBadCar will showcase vehicles in The Good 12 suitable for a wide swathe of the populace. He who needs a 7-seat, boat-towing ute cares not one whit about small city cars, but can – or at least should – understand that a small city car could be perfect for somebody else. The most expensive car on the list starts well under $50K, although The Good Car Guy was willing to spend up to $72K, about 2.5x the value of the average new American car.

All twelve are cars – vans, SUV’s, crossovers, and trucks come later. The Good 12 winners will debut alphabetically. Be aware: more than half of The Good 12 hail from Europe and one-third from Asia. You do the math.

To learn more about who’s behind the selection process, click here. The Impact Cars of 2007 is also a definite recommended read.