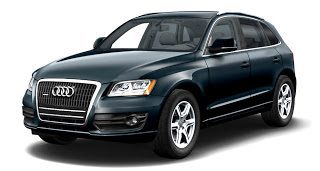 Inducted into The Good 12 for a second time, the 2011 Audi Q5 is primed to remain a challenger to the Mercedes-Benz GLK350 4Matic and the all-new 2011 BMW X3. Beauty is truly in the eye of the beholder, but the eyes of most beholders hold fast when suggesting this cute-ute of Audi’s is quite comely.

The Q5’s beauty isn’t only skin-deep. Audi’s entry-level turbocharged four-cylinder engine has substantially more torque than the upper-tier Q5 3.2’s V6 and has two more speeds in its transmission. Audi’s famed Quattro all-wheel drive system makes every Q5 served to North America a winter beast (at least when equipped with winter tires). To those who say these small crossovers don’t have as much space as they’d been expectin’, take note of the Q5’s advantage over the 2011 Audi A3 – 18 extra cubic feet of cargo capacity.

The Audi Q5 isn’t just a mathematical equation… 211 + 20 + 57.3 + 8 – 6 x 4 doesn’t equal $35,200. If you’re after a Q5 instead of a Honda CR-V or Volkswagen Tiguan or Subaru Forester it’s because you have a yearning for finer things. That’s where power-operated tailgates, panorama sunroofs, and Bang & Olufsen sound systems come into play. Along with Teak Brown Metallic paint, a colour GoodCarBadCar.net has fawned over before.

Technology and luxury and four-ringed badges aren’t necessary to get you through life. With the 2011 Audi Q5, it’s not about what’s required versus what’s elective. The Q5 is simply about having the best and most beautiful because you can.