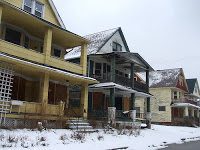 General Motors American sales were 2.1% higher last month than in January of 2006, thanks in no small part to GMC’s Acadia, Buick, Cadillac, and even Chevrolet and Saturn.  That 2.1% increase was generated despite a bit of negativity at Pontiac and free-falling Hummer and Saab sales, down 23.4% and 25%, respectively.

Check out other General Motors-related posts here
Tata, the Indian conglomerate which is taking control of Jaguar and Land Rover, can’t be too pleased (or surprised) with a 52.2% drop at the leaper brand or the 16.7% drop on the 4×4 side. Ford, Mercury, and Lincoln – former Jaguar/Land Rover cousins – featured lower sales than January of ’06, although Volvo managed to make a minor climb, it’s 2.9% gain likely aided by a C30 that’s fully on stream.
Learn more about the takeover here
Mazda, Mercedes, and Audi were the only other risers reporting.  We’re unclear about BMW as of this posting.  That means Acura, Chrysler, Dodge, Toyota, Honda, Hyundai, Infiniti, Jeep, Kia, Lexus, Mitsubishi, Nissan, Porsche, Suzuki, Subaru and Volkswagen all tumbled; at least slightly, from last January.
Mortage crisis, faltering stock markets, lack of job creation, and…. well, that sounds like enough reasons to send car salespersons into the winter blues.  Seasonal Affective Disorder?  This could be a looooong season.  Hold on tight.