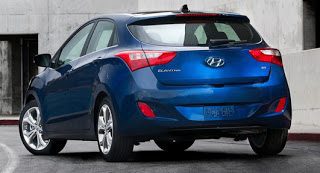 Home
Commentary
Marketplace
It was only two days ago that GoodCarBadCar showcased the Hyundai Elantra Coupe in an image gallery ripe for perusing, although the Elantra Coupe’s party was rained on by the presence of Honda’s Civic Coupe and the Kia Forte Koup. Now, all attempts to shower praise upon the hatchback Hyundai Elantra GT, another debutante from the Chicago Auto Show, has been tainted by the allure of an iconic German and a fun-to-drive Japanese hatch. 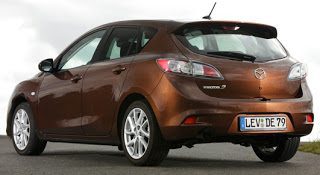 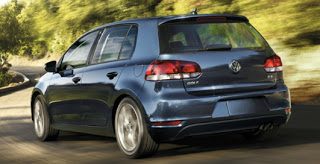 Replacing the Elantra Touring in Hyundai’s lineup will be this, the handsome Elantra GT. While the motoring press has been heaping praise upon this five-door Elantra, I’ve been wondering if it’s maybe not quite as drop-dead gorgeous as they’d have you believe. It’s nice. We know the insides will be nice from our experience with the regular Elantra. But are we all so completely convinced that when this hatchback Elantra drives past us – something it’ll be doing quite frequently in Canada – we’ll be wonderfully shocked and awed? Not so much.

You can check out the full Gallery of images at the bottom of this post along with the Elantra/3/Golf comparo going on throughout this post, but first, some impressions, impressions which you’re allowed to dismiss at will. The Elantra GT appears to be a bit stumpy from some angles. It’s hard to deny the front end is busy. The intersection of rear doors with rear wheelarch creates a weighty look that swallows up the wheels, making them look smaller than they are. And the level space underneath the rear glass might be unique now but will probably annoy me more and more as time goes by. 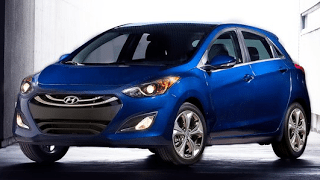 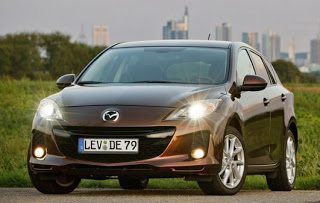 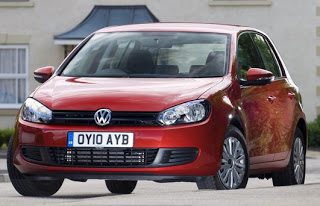 Style is subjective, and despite these niggling design issues, the Elantra GT looks terrific. Great though the Elantra sedan may be, sleek as the Elantra Coupe is, this is the Elantra I’d buy if it were my own money.

Ah, but would I be buying an Elantra? Apart from the Mazda 3’s awful schnoz and the fact that it still looks too much like the first-gen Mazda 3, the hatchback 3 lacks any glaring design faux pas. The Elantra GT should drive with a bit more verve than the regular Elantra sedan, but will it be as fun as the Mazda? There’s something about the 3 that simply begs to be driven harder than it should be, and that’s something that can’t be said of very many Hyundais, certainly not the Elantra sedan. 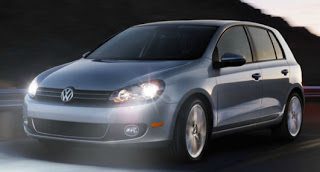 Yet there’s another reason the Elantra GT purchase might be a hard one, and that’s the 29th-generation Volkswagen Golf. Okay, it’s actually just the sixth-gen car, but it’s been around forever and there’s already a clear path laid out for the seventh-gen Golf: lighter weight, better engines, nicer interior and all that. Currently, the Golf isn’t a design hero – this is no Lamborghini Aventador or Ferrari 458 Italia. It’s not adventurous like a Hyundai Veloster, it doesn’t emanate power like a Ford Mustang. But it’s clean and classy. Put simply, the Golf just looks right. It also feels right, both to the touch and when pushing it hard on a long drive.

Unfortunately, the Golf is priced wrong. Finance rates are typically too high. Options are, well, options. Stuff that should be standard isn’t. And the glorious TDI diesel costs a bundle.

Which brings us back to the Elantra GT. Is ever a car priced more properly than when it’s a Hyundai? In this case, as in many cases lately, it also looks good. The 2013 Hyundai Elantra GT will be a handsome, efficient, zippy, comfortable car. Betting against its success wouldn’t be wise.