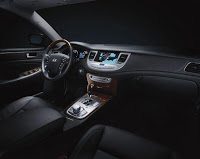 Reverse engineering: it’s what we have all always wanted Lexus, Audi, Mercedes-Benz, and Infiniti to perform successfully with BMW’s 3-Series. The Good Car Girl, the brains behind anything especially computer-like at GoodCarBadCar.net, educated herself as a young person by deconstructing her family’s PC and putting it back together again.

It may be that Lexus, Audi, Mercedes, and Infiniti do the same with BMW’s 3-Series. Those automakers are closer to providing a 3-Seriesesque experience than ever before. Curiously, the next prominent candidate for reverse engineering is a Korean car. Yeah, you heard me correctly.
The Hyundai Genesis is widely understood to be the premiere luxury value in the current marketplace. V6 or V8 power is thread through the rear wheels underneath a handsome body with abundant features. Surely wondering just how Hyundai managed to produce so much for so little coin, General Motors and Toyota were two of the first purchasing customers of the Hyundai Genesis in the United States. Oh look… there’s footage of the GM driver, Toyota driver, and an unidentified driver (Lincoln, Audi, Acura???) driving their new Hyundais together.
Ha. Just kidding about the footage. GM and Toyota are indeed owners of the Genesis, but the footage below is simply promotional.