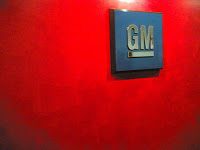 GENERAL MOTORS PLAN FOR CONGRESS BY THE NUMBERS

The United States Congress wants specifics, General Motors plans to offer Congress specifics. Well, some specifics. With the emphasis on the Numbers, GoodCarBadCar.net has narrowed down GM’s tentative plan for consumption.

—–
3- brands to be sold, or killed, including Saab; Hummer; and Saturn
6,000,000,000- total money, in USD, requested in revolving credit form were unanticipated market changes to arise
4,700- total U.S. dealerships after a sharp reduction from the current 6,450
12,000,000,000- total money, in USD, General Motors is requesting in bridge loans, the type of loan that is typically short-term in lieu of finance rearrangement in the future, “with warrants issued as part of the loans” whereby taxpayers would “benefit from growth in the company’s share price that might result from successful completion of the plan. Ha, “might”.
30,000- potential job losses as a “workforce reduction” plan goes in to effect, taking the number of total GM employees from 96,000 to 65,000-75,000
4,000,000,000- total money, in USD, needed now for operating costs and to begin repaying loans
2012- year by which GM wants its wages and benefits to be fully competitive with the wages and benefits offered by Toyota
2,900,000,000- total money, in USD, to be invested in alternative fuels and advanced propulsion technologies from 2009-2012
12,500,000- total American vehicle sales volume at which General Motors would be able to compete successfully were the plan to take action