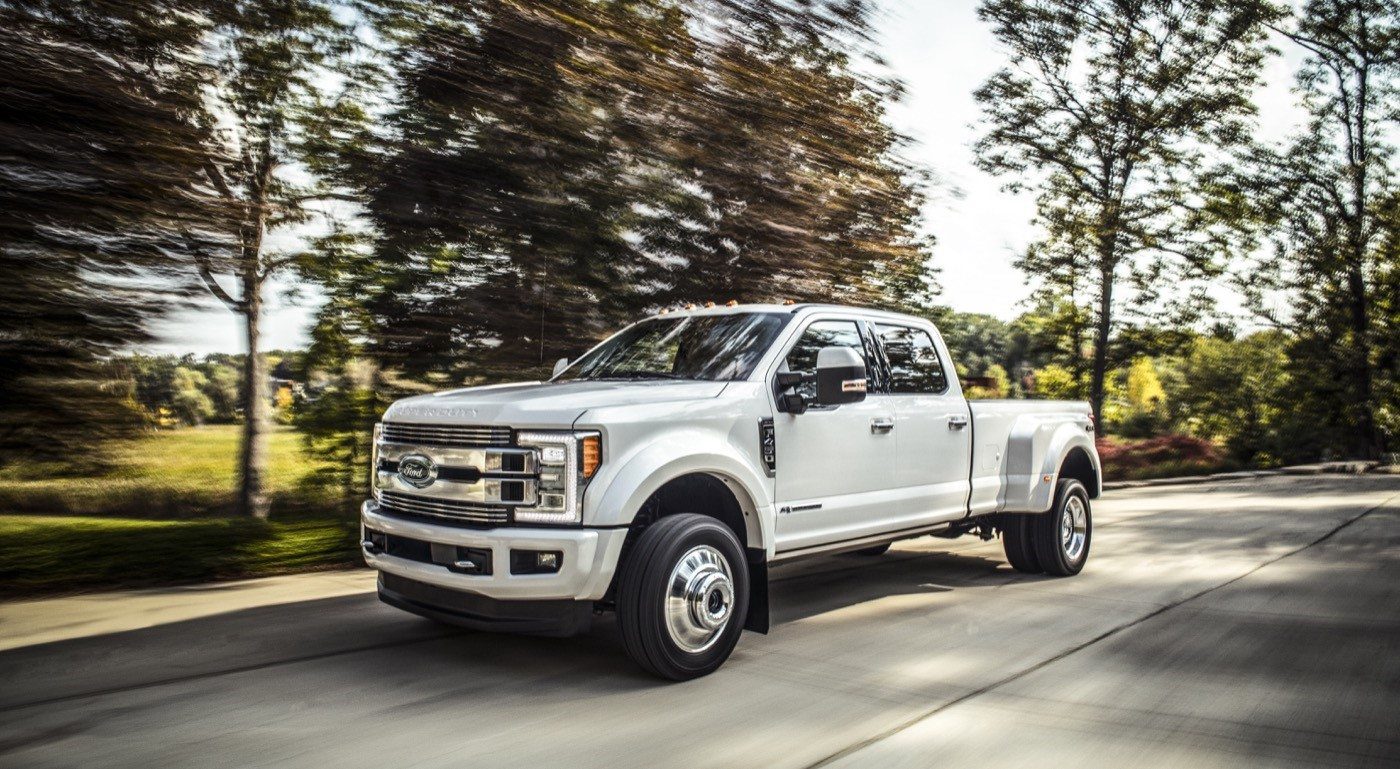 As Ford Launches A $94,000 Super Duty Limited Truck, Where Are The Real Luxury Brand Pickups?

As Ford makes headlines for introducing Limited trim levels on its Super Duty trucks, aiming for prices above $94,000 once options are factored in, evidence of pickup truck profitability mounts.

With MSRPs beginning at $28,675 and $33,830 for the F-150 and Super Duty ranges, respectively, much of this extra cost comes in the form of options: optional engines, optional trim levels, optional tech equipment, optional accessories. Options that automakers savor as the source of real profit. These luxury trucks aren’t branded as luxury trucks. They’re Fords, GMC, Chevrolets, and Rams, not Cadillacs or Lincolns or Mercedes-Benzes.

There’s no shortage of reasons for the absence of luxury marques in the pickup truck sphere.

For starters, the premium brands have tried and failed before. Even the third time was not the charm.

Efforts began with the Lincoln Blackwood, as Ford Motor Company product planners believes luxury truck buyers would want something different. Forgetting that truck buyers would always want trucks to be perceived first and foremost as trucks, the Blackwood’s bed was shorter than five-feet long, opened with a side-hinged split tailgate, fully enclosed by a powered tonneau cover, and carpeted. If a “captain of industry” — the kind of consumer Ford is targeting with the new Super Duty Limiteds — perused construction zones in such a truck, he’d be laughed off the job site by his own employees.

The Blackwood, never even offered with four-wheel drive, was a flop. Lincoln expected to sell 10,000 Blackwoods per year. Only 3,356 were sold in the United States during the truck’s brief tenure, as Lincoln all but instantly pulled the plug on the Blackwood after observing nonexistent demand. 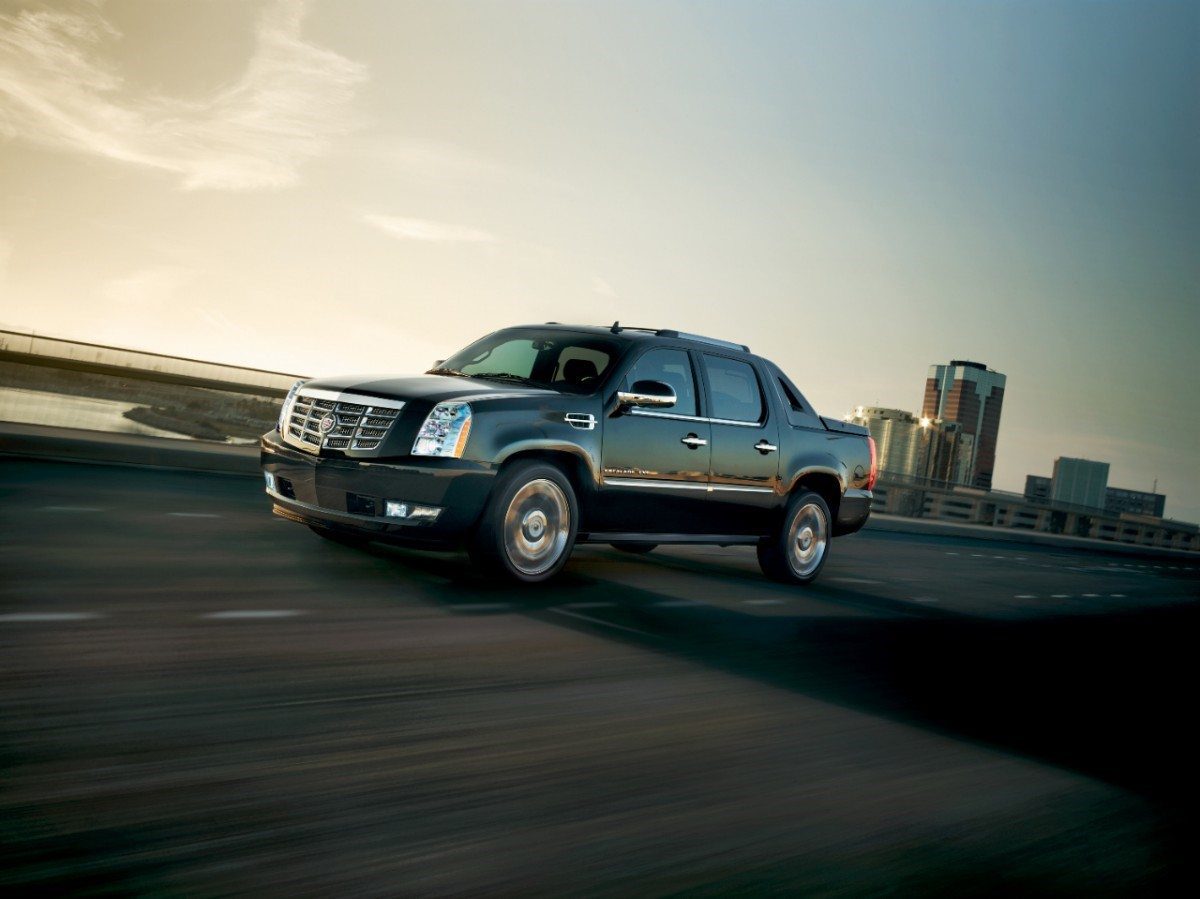 But General Motors didn’t want Ford to have the luxury truck market all to itself. The Cadillac Escalade EXT was a luxed-up version of the Chevrolet Avalanche. The Escalade EXT made it through two generations, but the EXT never earned meaningful U.S. volume, either. Between the end of 2001 and early 2014, fewer than 73,000 Escalade EXTs were sold in America. Cadillac could sell that many regular Escalades in the span of 24 months. Although kitted out with all of the Avalanche’s innovative features, the Escalade was still far too obviously an identical twin of the Chevrolet, killing its upmarket appeal.

Recognizing that the company’s prior belief was misguided, as if luxury pickup truck buyers wouldn’t want a true truck, Lincoln replaced the Blackwood with the Mark LT in 2005. By 2009, the Mark LT was dead, left to wither  once consumers realized the Lincoln was every inch an Ford F-150 inside and out, only with a fancy grille, more heavily chromed wheels, and more standard features. Only 36,187 were sold during its four-model-year run.

All three trucks were missing a key ingredient, an ingredient automakers did not previously know they had already secured. Regardless of what the Ford, Chevrolet, GMC, and Dodge badges meant to car consumers, when it came to pickups, those brands had long since earned a reputation for truck toughness. Removing those key ingredients from the grille — a Blue Oval, a Bowtie, GMC’s three block letters, or a Ram’s head — softened the very character of very vehicles consumers least wish to see softened.

It didn’t help that in all three cases the trucks were disingenuously and obviously badge-engineered.

Such marketplace failures have produced two key results. One, luxury marques are avoiding America’s pickup truck category in a way they’re avoiding no other. The new Mercedes-Benz X-Class? Sure, an antiquated American chicken tax law makes it difficult for the X-Class to enter America, but if Mercedes-Benz truly wanted to enter the American pickup truck market, the company could likely find a way. After all, this is the company that already gets around the chicken tax with two vans.

The second result, of course, is the wave of luxury trim levels. At Ford, Lariat was long ago overshadowed by the King Ranch, and then the Platinum, and now the Limited. At Chevrolet, the lower level of GM’s truck tag team, Silverado LTZs have given way to the High Country. Denali versions are prevalent across GMC’s truck spectrum. Ram’s Laramie Longhorn superseded the Laramie’s position atop the Ram hierarchy, and then the Limited stole the Laramie Longhorn’s thunder.

Full-size pickup truck sales are on track to top 2.3 million units in calendar year 2017. For Ford, the automaker most keen on upping the luxury ante, the F-Series is on pace to generate 890,000 truck sales in 2017, the first year above 850,000 since 2005. Based on production stats, slightly more than one-third of F-Series sales are of the Super Duty variety.