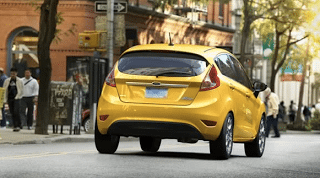 Traditionally, cars which share platforms share plenty of other stuff, as well. The Mazda 2 and Ford Fiesta are different. Look closely enough and you can see the overall shape of the Mazda in the Fiesta’s bodylines, but they appear to be completely different cars. The Mazda uses a less-powerful engine and offers a less-expensive hatchback bodystyle. The Fiesta is available as a sedan – don’t even consider its awkward style a possible fit for your driveway – but the Mazda is a 5-door hatchback only.

The purchase of a subcompact is more price-dependent than any other automobile. The person who really wants a Rolls-Royce Phantom will be able to justify the price premium over the Bentley Mulsanne, but the buyer of a 2011 Ford Fiesta or 2011 Mazda 2 will be tempted by available deals as much as seductive design. Nevertheless, The Good Car Guy has compiled the pictures you see below to directly compare these two long lost brothers. It’s expected that the Blue Oval’s appeal in America will bring in far more sales to the Fiesta than the Mazda, just as the Escape attracts thousands more customers than the Mazda Tribute. Based on vehicle styling, is that appropriate?

Perhaps more graceful than the Fiesta, Mazda’s 2 does not appear as aggressive; not as ready to pounce as the Fiesta when viewed from the rear. 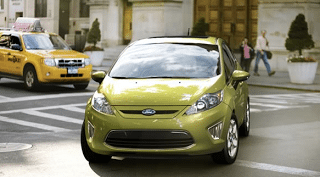 You certainly couldn’t accuse the 2011 Ford Fiesta of being too cutesy. The 2‘s Mazda-spec smiley grille lets it down even though, once again, its lines are cleaner and smoother when viewed from the front. 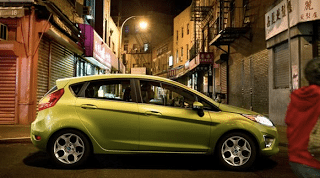 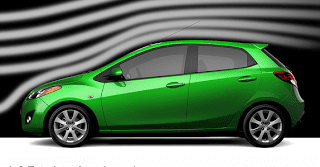 Five or six years from now the Mazda 2‘s lines will be more pleasing. The Fiesta will appear dated despite the fact that it was more exciting in 2010. Wheels, of course, make a huge difference when viewing a car from the side. In the case of the two pictures above, the featured 2011 Ford Fiesta and 2011 Mazda 2 are of the high-end variety and are thus fitted with nice alloys. 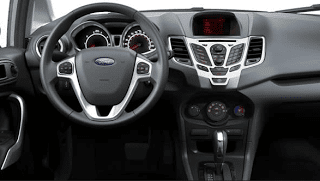 Mazda’s 2011 2 is incredibly Mazda-like, not let down by its price at all. Orange-lit and very black, the 2‘s interior is ready to fight in the segment above. Completely different from the Mazda but still attractice, the 2011 Fiesta’s cabin is dynamic and very modern.