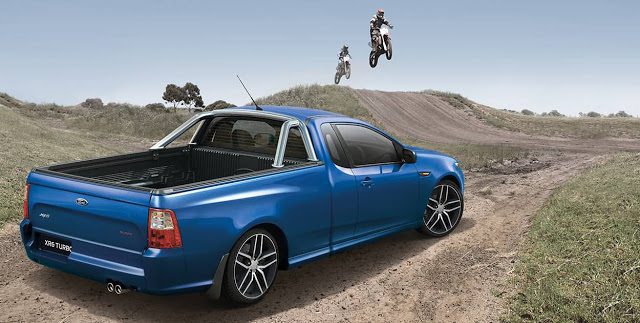 Car Of The Day You Can’t Have: 2016 Ford Falcon XR6 Turbo Styleside

Falcon is an automotive nameplate many North Americans will remember well. Long before my time, in fact, a Ford Falcon was parked each night in front of the Cain household.

Car Of The Day You Can’t Have #2: Mercedes-Benz C-Class Wagon

Similarly, utes like the Chevrolet El Camino and Ford Ranchero were once familiar to North American car buyers, those who wanted their cars to have a pickup truck’s bed.

But in 2016, down under, the Falcon nameplate and the El Camino’s bodystyle live on together as the Falcon XR6 Turbo Ute.

Australia is in so many ways a whole ‘nuther world. Like Canada, the landscape is massive and not at all filled. Unlike Canada, Australia isn’t cold.

Eventually, the similarities with other locales ends. And nowhere is that more evident than with the continued cultish love affair between Aussies and their utes. The Ford Falcon XR6 Ute won’t last forever – this isn’t exactly the most popular vehicle in Australia. (Australia’s top seller? The Toyota Corolla.)

Unique-to-Australia products are increasingly rare and increasingly costly to build. Versions with 362 horsepower and 393 lb-ft of torque from a 4.0L turbocharged inline-six aren’t particularly inexpensive to buy, as well. The Falcon XR6 Turbo Ute – with a manual transmission, yes, a manual is standard – costs more than AUD $42,000, or about the same as a Focus ST.