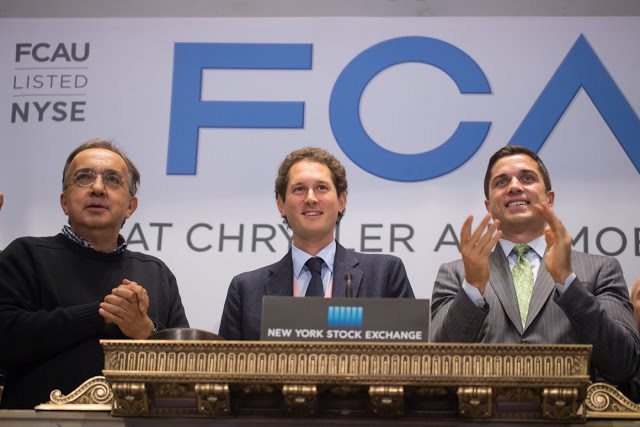 MARRY ME
FCA’s John Elkann, brother of Lapo, great-great-grandson of Fiat founder Giovanni Agnelli, wants to increase the number of letters in his company’s name. Fiat… Chrysler… something else. – Bloomberg

TIME TO DRIVE
Want to go Inside Baseball? Here’s a look behind the scenes at The Drive, /Drive, and Fast Lane Daily, three Time Inc. properties that have come together in a big Brooklyn warehouse. – Wall Street Journal

RODIUS, NO?
Don’t call it the Rodius. Because fortunately, this Ssanyyong Rodius successor doesn’t look half as awful as the Rodius. Top Gear says the unsuitably named Turismo is, “Not that bad.” – Top Gear
medianet_width=’300′; medianet_height= ‘250’; medianet_crid=’717379412′; MARCH > FEBRUARY
Volkswagen Of America sold 21% more new vehicls in March than in February. So post-scandal, it’s all good? Not so much. Auto sales are analyzed based on year-over-year comparisons. And March sales at Volkswagen tumbled 10%. – TTAC

SKILLED IMMIGRANTS
The waters have long since been muddied. The best-selling luxury car in Canada is an Alabama-built Mercedes-Benz. One of the 25 best-selling non-domestic (non-NAFTA) vehicles in Canada is a Jeep built in Italy. – Autofocus

WATCH
Audi UK’s approach to marketing the first A4 some two decades ago was a clever one. Too clever? Yes, but it seems they were trying to be too clever. Chris Harris, former evo writer and YouTube auto star; upcoming Top Gear host, linked to this video on Twitter yesterday, suggesting it’s, “Still one of the greatest car ads of all time.”