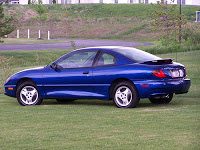 Three of the most successful automotive manufacturers in the world offer too many choices. Except, come to think of it; it must not be such a surplus of choices, or else these three automakers wouldn’t be so stinking successful.

One would think that producing two vehicles for the same express purpose would lead to money-losing operations. Why increase your manufacturing cost just to give customers two very similar options?

General Motors has always provided the North American market with a vast array of automobiles utilizing different grilles and badging. This could never be considered niche marketing. A Pontiac Sunfire was always the same as a Chevrolet Cavalier, just as the Cadillac Cimarron fooled nobody in terms of its true lineage – that of the Cavalier. Wasn’t one of Oldsmobile’s greatest problems that of its me-too vehicles? Why go to the staid old brand to buy a Bravada when you could already buy a Trailblazer, Envoy, Ascender, and Rainier?

Mercedes, Lexus, and Toyota are doing things differently. They’re not producing family reunion fights between cousins (Trailblazer vs. Envoy) where close relations fight for sales with their unique ‘extra grille bar’ and ‘professional-grade wheels’ at different dealerships for the same price and with similarly annoying salespeople who don’t even know what Toyota is. No, not at all.

Mercedes-Benz gives you three large people carrying vehicles. Working down from Supersize you start with the 3-row Mercedes-Benz GL, available in America with two V8’s and a V6 diesel. The diesel is the most inexpensive option, at around $54,000 USD. There’s another 3-row option at your M-B dealer, though. The R-class is also available with a diesel (the most expensive of the mainstream options) as well as the ubiquitous 3.5L V6. You’re also permitted to forfeit the all-wheel drive option, mandating the 3.5L V6. Mercedes lists this R-class odd-duck-minivan-wagon-suv with….. all its sport utility vehicles, right below the wagon section.

Speaking of the wagon section, M-B makes a third row possible in the E-class as well and sells this car with all-wheel drive. And then, in the SUV where you may expect a third row, you don’t get one. The M-class is available in diesel, V6, or V8 formats. Mercedes says it’s designed to ‘feel like a luxury sedan’.

I would’ve thought that to be true regarding the CLS550, and CLS63 AMG. Aft 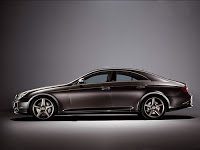 er all, they are just more gorgeous E-class derivatives. Characteristics like four doors, sweeping bodywork, and a cozy interior convey a true grand touring sedan, do they not? Apparently not. The CLS is a coupe in Mercedes opinion. It is very much an E-class sedan, rebodied and tuned for slightly more sporting dynamics. The privilege costs an extra $8,000.

Lexus will sells you a cushy front-wheel drive sedan for $33,470. Along for the ride are 272 horses and enough shocks, springs, dampers and electronic doodads to make you forget about the world outside. For $3,215 less, Lexus will give you a sporty sedan and 68 fewer horses, along with the option to power all four wheels. Pay $2,235 more than the first cushy sedan and you’ll get a car just like the second sedan, but with 102 more horsepower. The medium-powered; middle-priced; cushy sedan – ES350 – was and continues to be a true Lexus success story. The IS, both as the IS250 and IS350, are terrific cars still fighting for market share in a segment dominated by the BMW 3-series.

Lexus’ parent Toyota, on the other hand, distinguishes its sedans quite clearly. Yaris, Corolla, Camry, Avalon. Tiny, small, normal, and large. Stick a true niche car like the Prius and a hauler like the Matrix in there, and you’ve got yourself a car lineup.

crossovers, however, Toyota complicates things. The Japanese giant sells six of these vehicles in the USofA, and only one is stuck with two rows of seating. The four vehicles in the middle, with FJ Cruiser on the low end and Land Cruiser at the top, span the $20-40K range with 4-cylinders, V6’s, and V8 powertrains. The rough and tumble 4Runner starts $365.00 above the more car-like Highlander. The Highlander is way more expensive than a base RAV4, but a typical six-cylinder all-wheel drive RAV4 is only $2915 less than the Highlander. Another rough and tumble ute, the Sequoia, starts just $1235 above a four-wheel drive V8 4Runner. Toyota’s luxed-up Land Cruiser, however, is over $11,000 cheaper than its Lexus platformmate.

It all sounds odd, but only with specific individual examples is this strategy not working. As a whole, the world of car consumers want differentiation. Selling a better-looking E-class, called the CLS-class, may sound odd. Why not just make the E-class better-looking? But when some buyers don’t want to stand out, others will crave the jealousy of their neighbours. And yet more will simply want the latest new ‘thing’. Whether it’s a black U2 iPod or a more beautiful Mercedes.