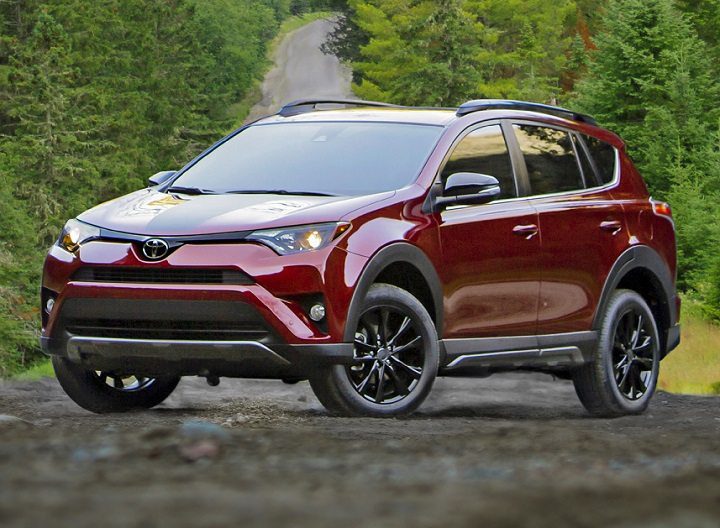 Here you will find the YTD SUV sales leaders in the United States for December 2017 YTD. Each month we compile passenger car sales data and reports for North American markets and analyze it to create the best selling list below.

The 107 SUV & Crossover nameplates on sale in the USA in 2017 accounted for 42% of all vehicle sales for the year, an increase in this segment’s market share from 39.5% a year ago.

2017 saw these higher-riding vehicles put the squeeze on passenger car sales once again as US consumers flock to buy them, despite higher price tags and many models, particularly in the crossover segment, being not mechanically dissimilar from the passenger cars the automakers also sell.

Indeed, it’s this penchant for SUVs that has been a driving factor in the record high transaction value reported at the end of December.

Over 352,000 extra sales over 2016’s year-end figures came from the vehicles listed below.

A bumper year at the top of the chart, driven by intense rivalry between the Nissan Rogue, Honda CR-V and the Toyota RAV4 has seen a lot of change in the podium spots. Last year’s leader in this segment, the Honda CR-V, now sits third despite a 5.8% rise in its sales for the year compared with 2016’s end.

That’s because the RAV4 and Rogue have duked it out to both cross the 400,000 sales threshold for the year; the Toyota goes first with a 15.7% YTD increase, while Rogue slots in behind it after a 22.3% increase – just over 4,000 sales split the pair after a hotly contested year.

Further down, the Ford Explorer loses a place to the Chevrolet Equinox, despite putting in its best performance since 2005.

Luxury SUVs and Crossovers made their mark on the segment in a big way in 2017. The Lexus NX finished 2017 on a high, posting its best-ever month, quarter and year. Audi, too, attributes its annual sales record to strong growth for its Q5 and Q7 Luxury SUVs.