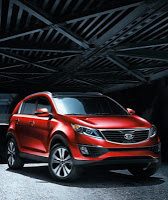 The list of America’s ten worst-selling vehicles in 2012 is ready to go, so we won’t spend much time breaking down December’s group.

Let it not go without mentioning that Porsche dealers are anxiously awaiting the new Cayman. Ha, what am I saying, all they care about is the Cayenne. Kia dealers would probably like to see a new Sportage pricing strategy, one that doesn’t line it up directly against the larger Sorento. Honda dealers surely want a more powerful CR-Z, but would that be enough to turn the hybrid’s fortunes around? Mazda’s new 6 looks like it should be a stronger seller next year, but we’ve all thought that before.

After driving the turbocharged Buick Verano before Christmas, it’s easy to see why customers are turning away from the better-looking Regal in droves. What’s less understandable is the Scion iQ’s inability to make any headway in the marketplace. Admittedly, much of the smart fortwo’s strong(er) 2012 performance was owed to car sharing companies, but the Chevrolet Spark is surprisingly successful in the U.S. Why doesn’t the iQ merit slightly more attention? Speaking of faltering Toyotas, the Yaris is in the tank.

These were the 10 worst-selling automobiles in the United States of America in December 2012. Find sales figures for any vehicle by accessing the dropdown menu at GCBC’s Sales Stats home.

Source: Manufacturers & ANDC
Vehicle must have been on sale throughout December, must not have been officially cancelled by its manufacturer, and must have been showcased on manufacturer’s website through December. Chevrolet’s Caprice PPV, Lexus LFA, Honda FCX are no longer considered eligible. The Acura RL is, however, on the basis that the RLX will be a name-changed predecessor.