Upon the (late) introduction of the Rabbit and Jetta in North America, the MkIV Golf and Jetta departed from American Volkswagen showrooms. In Canada, the fourth-generation Golf and Jetta took new given names: the City Golf and City Jetta, both of which have been slightly restyled. These cars sit alongside the new Jetta and Rabbit in VW showrooms across the country.

It’s a simple lineup. There’s no diesel powertrain available and equipment levels are decent but not expansive. City Golf and City Jetta pricing is low, too. Hatchbacks can be had for less than $15K while the sedan has an MSRP under $16K.
What’s so curious about this…. apart from its resemblance to Nissan’s strategy in Mexico where the old-generation Sentra lives on… forever…. and forever…. and forever?
Well, the City Golf is apparently more attractive to Canadian customers than the genuine real-deal new-look current-design Rabbit. In July, for instance, Volkswagen Canada sold 840 City Golfs across Canada but just 686 Rabbits. True, if you add the GTI’s total to the Rabbit total you’ll get 823. But, last I checked, 823 is still fewer than 840. 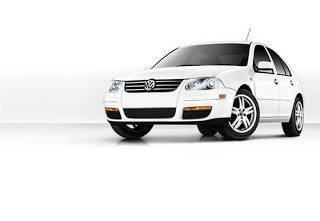