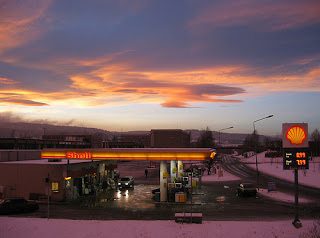 Surveys say that seven years ago (2000 for those of you who didn’t pass Math class), fuel economy ranked as the 29th most important attribute when buying a car in the United States. If you recall Y2K, gas was cheap.

Surveys say that in 2007 (that would be the here and now) fuel economy ranks as the 22nd most important attribute for American car buyers. Huh? Gas is $3.25 a gallon below the 49th. What do car buyers consider to be more important? Stereos and other convenience features amongst other things.

NOT MUCH WONDER asking GM, Ford, Chrysler, and other importers to increase efficiency has little effect on gallons guzzled and greenhouse gases gushed. NOT MUCH WONDER Americans, in general, have little desire to conserve gasoline. Gas is cheap in the United States, so the 21MPG car Bush would have you drive nets you $100 versus the 20MPG car over 10,000miles. Nobody cares.

Encouraging conservation only works when people feel burdened to conserve. Do I want higher gas prices when I vacation in the States? No. But being The Good Car Guy, I am utterly and totally willing to recognize some fuel efficient vehicles as good cars. And I am awfully willing to recognize that higher fuel prices encourage me to do the following: