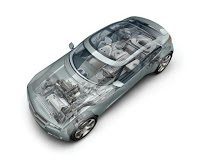 Although unable to testify to the impact the Chevrolet Volt is having on behalf of General Motors outside of North America, it is garnering plenty of attention on this continent. In fact, so called ‘green’ cars haven’t generated hype like this since the first hybrids, Honda’s Insight and the first-generation Toyota Prius. Arguably, those cars – being Japanese and not domestic alternatives – couldn’t engender such lofty expectations and excitement. Here are the Numbers relative to this hotly anticipated plug-in hybrid. Oh, and follow this link to read previous GCBC Volt-related posts. 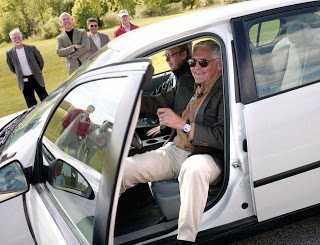 2000 – year in which General Motors pulled the plug on the GM EV1 electric car program
2010 – year in which we expect to see production Chevrolet Volts driven by real people on real roads
78 – percent of American car owners who drive their vehicles less than 40 miles per day, the approximate distance the Volt should be able to operate exclusively electric
6 – total hours needed to charge Chevy’s Volt by way of a normal outlet
28 – percentage of greenhouse gases generated by transportation in the USA
17 – estimated percentage increase in electric-power consumption were the whole U.S. vehicle fleet to convert to electric operation; while gasoline consumption would fall about 70%
40,000 – price, in USD, according to GM’s Vice Chairman Bob Lutz when the Volt hits dealers
0 – dollars earned by General Motors, according to Mr. Lutz, for each Chevrolet Volt that the corporation manages to sell