Beginning on the 9th of August, The Good Car Guy spent three days with a white Chevrolet Cobalt in the Cape Breton Highlands. This specific Cobalt was a four-door 2.2-litre car with an automatic transmission from model year 2008. While a full Driven post is soon-coming, for now GCBC thought you should see some of the results of these three days and read a brief, point-by-point overview of our impressions of the small Chevy.

First, for the good news. As was already pointed out at AutoEnergy, the Cobalt travelled 33 miles on each gallon of gasoline. This is better than the EPA suggests is likely for the Cobalt on the highway. Secondly, three adults and a toddler spent a few hundred kilometres together in the Cobalt and the only negative to appear was a disagreement over the timing of the toddler’s nap. He disagreed with his mother. Acceleration from proved more than adequate. Trunk capacity was capacity enough for a thoroughly packed weekend away. Stereo quality was better than expected after a bit of bass and treble tuning. 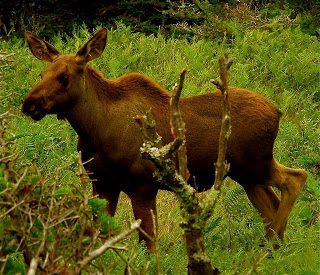 On the other hand, legroom was acceptable only because of the tiny tot behind The Good Car Guy and a shorter front passenger who allowed for more stretch-out space for her sister-in-law behind. Were the 71″ driver to sit in the rear, complaints would have arisen. Passing power under the hood of this lower-rung Cobalt was hindered by strange gearing. While fuel economy was no doubt aided by the Cobalt’s unwillingness to downshift, seeking extra revs – even on level highways – was beyond frustrating especially considering the Honda Civic’s ability to find an extra few ponies and save on fuel. Interior quality was a mix of good and bad. Depending on the switch or button, you may be suitably impressed or disgusted. If life is like a box of chocolates only because one never knows what one will receive, the same could be said of the Cobalt’s perceived quality. Inside the trunk, one piece of rubber came off in The Good Car Guy’s hand during a simple trunk-closing maneuver.
Check out Part 2 of the Cobalt story with a click. 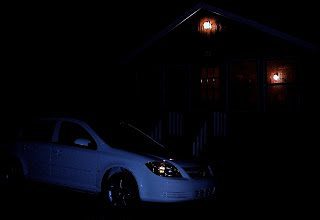