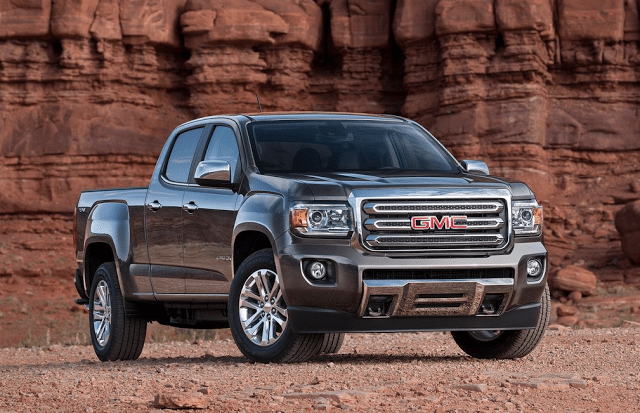 Canadian pickup truck sales stumbled at the tail end of 2015 but increased at a 5% clip in calendar year 2015, growth that was twice as fast as the overall industry.
The Ford F-Series, Canada’s best-selling pickup truck line and best-selling vehicle overall, slid 6% in 2015, a loss of 7440 sales in Ford showrooms, in the Canadian auto industry, and in the pickup truck sector specifically.

But the Ram P/U blew past its one-year-old Canadian sales record with a 3% year-over-year improvement. Combined, General Motors sold 100,134 full-size pickup trucks – Sierras and Silverados. That increase of 10,129 units was significant, as was the addition of 9162 Chevrolet Colorado and GMC Canyon sales.

Together, the two full-size GM pickups couldn’t outperform the lone F-Series, though they did in the United States. Together, the two small GM pickups couldn’t outperform the Toyota Tacoma, either. Tacoma volume jumped 18% despite the added GM competition.
2016 will feature big changes to the Canadian pickup truck market. Finally, a second-generation Nissan Titan arrives. And Honda will introduce the second-generation Ridgeline at the North America International Auto Show in Detroit, Michigan, this month.
Historical monthly and yearly sales figures for any of these best-selling trucks can always be accessed through the dropdown menu at GCBC’s Sales Stats page, and for those not viewing the mobile version of this site, near the top right of this page, as well. GoodCarBadCar will soon publish the list of Canada’s best-selling SUVs and best-selling cars in 2015 and has also posted December-specific editions.