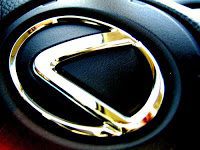 Ironically, on a day when Canada’s figurehead Governor General, Michaelle Jean, will fly home from Europe to deal with a political crisis that was precipitated to some degree by a lack of extra funding to the automotive manufacturing sector, Toyota says that its best ever year (and it’s only December 2nd) comes as a result of Canadian-built models. Excuse the long sentence – The Good Car Guy gets excited over irony.

Not only has Toyota already surpassed 2007’s record-setting sales total through just eleven months, but Audi has done so, as well. Lexus and Mercedes-Benz both posted their best-ever Novembers, too.
Details will be forthcoming over the next day or so regarding both American auto sales for November as well as Canadian sales figures. For now, consider that Toyota Canada sold more than 200,000 cars in one year for the first time ever and did so in just eleven months. Lexus Canada sold at a record-setting pace for the 8th consecutive month. Audi Canada set an annual record for the third straight year but did so this year in just eleven months. Meanwhile, Mercedes-Benz’s year-to-date growth stands at 27.7% through November.
Toyota’s Corolla, Matrix, and RAV4 along with the Lexus RX350 all posted huge sales gains and are all built in Canada.
UPDATE: Mini has joined the flock of best-ever folk with its eighth-consecutive month of record sales and a best-ever November. Chrysler, Honda, Acura BMW, and Volkswagen are all down – some by large margins – but Jetta sales are waaaaaay up because of new Clean Diesel TDI availability