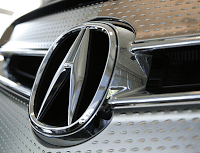 BREAKING NEWS – HONDA SALES UP AGAIN IN CANADA THIS OCTOBER

Despite increasing worries over the economy, decreased consumer confidence, and the emphasis placed on a ‘terrible’ economic situation in the leadup to the mid-October federal election, Honda managed to overcome the negativity to post improved sales in Canada during the month of October. Acura, alas, did not.