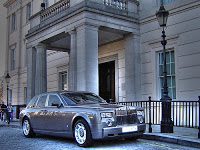 The space remains blank, but BMW has desires to start up a fourth brand. Competing in the luxury/executive sector, upscale small car market, and ultra-hyper-super luxury segment just isn’t enough to keep CEO Norbert Reithofer busy. Although the 1-series & Mini combination makes up a quarter of the group’s volume, profit margins are much lower on these two small cars than BMW bosses would like.

Another brand – perhaps stronger on innovation and future tech – while aiding the worldwide cause to lower the impact of congestion and emissions while providing people with a more economical but still BMW-inspired experience? That’s many years off, but the yearning is present….

BMW’s introduction of the 1-series convertible is so interesting. For a number of years, Europeans have been enjoying the controversially-styled hatchback versions of the 1-series. It’ll soon be time for BMW to export the 1 to the world’s biggest automotive market, and the practical hatches are thrown by the wayside. Don’t blame BMW; blame the American consumership for being averse to a rear cargo door. I don’t get it. Anyway, the 1-series will be a revelation, essentially existing as a former 3-series. Ya know, before it got heavy, long, tall and needed a V8 for its performance edition where a 4-cylinder once cut it…..

The Baltimore Police Department is receiving 12 bicycles from BMW. Free of charge. Bicycles are a more useful tool in the fight on crime in the pedestrian-heavy Inner Harbour….

An interesting quote out of London from an analyst at Credit Suisse: “BMW doesn’t actually have any trouble sellings its vehicles. BMW’s problem is to earn a proper amount of profit and achieve a sensible return on sales from those purchases,” so says Arndt Ellinghorst. Thus, BMW will slash 6 billion euros from its expenditures while also attempting to increase productivity by 5%.