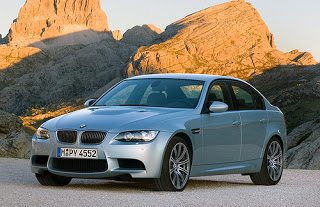 Competitors for BMW’s M3 include the Audi RS4, Mercedes-Benz C63 AMG, and the upcoming Lexus IS-F. Then again, you could also assume competitors to include Chevrolet`s Corvette, the Porsche 911, and the Audi S5.

With a mishmash like that, it is expedient for BMW to introduce an M3 four-door. Sedan; saloon – whatever you call it, the M3 with extra entries will certainly broaded the appeal of BMW’s evocative performance car. Once a four-cylinder car, the M3 became a home to some of the world`s most potent and spectacular six cylinders. The latest M3, already debuted in coupe form, sends 414 horsepower to the rear wheels through a 6-speed manual. Those 414 horses are developed by a V8.

Desire ye an Audi S5? It behoves you to also drive an M3 coupe. Craving an RS4? You’ve got another option in BMW’s M3 sedan.