Subaru, which equips all of its North American vehicles with all-wheel drive, sees its market share rise from the cross-America total of 1% to 5% in Colorado, 6% in Alaska, and 8% in Vermont. 85% of all vehicles Audi sells in America send power to all four wheels. All-wheel drive won’t help when braking begins.

Terrific winter tires are your best friend(s) in emergency stops. Because of all-wheel drive’s limitations, BusinessWeek also emphasized vehicles which feature technical equipment that will help you in wintry situations – perhaps in ways that AWD couldn’t dream of.

One Land Rover test driver also made clear the importance of practice, in empty parking lots of need be. My personal winter driver training came at the wheel of my future wife’s cousin’s Nissan pickup. A very old and very rear-wheel drive Nissan pickup. A 5-speed manual Nissan pickup with a lever for an emergency brake hidden just beneath and to the left of the steering wheel. So, let it be clear: despite our apparent lack of winter to this point – I can drift into a snowbank with the best of ’em. Here, then, are BusinessWeek’s best winter vehicles, spread across a wide swathe of the marketplace, with their reasons for induction and The Good Car Guy’s further reasoning for purchase.

SUBARU IMPREZA 2.5i: BW says: “Standard all-wheel drive is the Impreza’s primary claim to fame when it comes to winter driving” TGCG says: “It ain’t pretty nor a terrific value, but you will make it up any snowy hill faster than any Civic in town.” 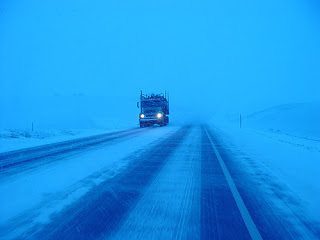 VOLVO C30: BW says: “Traction control and sophisticated antilock brakes are standard, including electronic brake force distribution and brake-assist—features not always found on small cars.” TGCG says: “It’s a little, pretty, Volvo hatch, so if front-wheel drive, ABS, trac-con, EBD and brake-assist don’t save you; you can rest assured the structure will keep you safe.”

HONDA ACCORD: BW says: “Like other front-drive cars, the weight of the engine over the front axle makes for better traction in slippery conditions, especially with winter tires instead of standard-equipment “all-season” tires.” TGCG says: “It’s probably the best mid-size sedan you can buy, so garnish it with winter tires and enjoy whatever season comes.”

BUICK LUCERNE: BW says: “…. unlike its competitors, the Lucerne is front drive, with the engine over the drive wheels. Rear drive is supposed to confer sportier handling on dry roads, and in pursuit of a sportier image, most of the competition has evolved to rear drive.” TGCG says: “Buy an AWD Buick Enclave instead.”

MERCEDES-BENZ C300 4MATIC: BW says: “unlike the previous product generation, the Mercedes 4Matic all-wheel-drive system is now available for the C-Class.” TGCG says: “An all-new Benz is cause for paying attention. The advent of the best C-class ever is reason for purchasing, with or without AWD.”

MERCEDES-BENZ S550 4MATIC: BW says: “The 4Matic is a competitive advantage for Mercedes, since archrival BMW does not offer AWD in its flagship 7 Series.” TGCG says: “You’ll be cool enough – in your neighbour’s eyes – when your driveway holds the flagship Benz, but when you venture out in a strong winter storm and they’re stuck inside…. well, that’s cool at another level.”