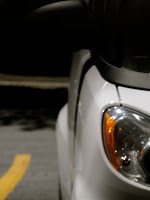 SMART FORTWO – REPLACING OUR LONG-TERMER ACROSS THE POND

Talk at GoodCarBadCar Towers has recently turned to a replacement for the 2009 smart fortwo long-term tester in our care. Oh, don’t worry – it’s a long way off. This conversation stems mainly from watching a few video test drives of the Toyota iQ, the future North American version of which will be named Scion iQ. The Good Car Girl is an absolute believer in the merits of small cars. Few larger vehicles of any kind even merit her consideration.

Still, the second long-term vehicle at GoodCarBadCar.net should be something unique, right? I mean, you start off with a smart car and switch to a…. Toyota Corolla? Gimme a break. If the goal is to share what life’s like in a vehicle they haven’t considered/want to consider/refuse to consider, what’s the point in doing so in a vehicle they can find out about from thirteen of their neighbours?

Nevertheless, a few popular vehicles have crept into the discourse. Notably, the Jeep Wrangler, Hyundai Santa Fe, and Mini Cooper. Rather at odds with one another they may be, but each has their appeal. Jeeps are… well, Jeeps. The Wrangler has been a member of both The Good 12 Supersize and The Good 12 Supersize v2.0. The Good Car Girl had the privilege of running a Hyundai Santa Fe in the past and enjoyed it to the fullest. The official line from GoodCarBadCar.net has nothing against the wildly successful Korean SUV, either. Finally, the Mini Cooper is a long-time favourite; a member of The Good 12, The Good 12 v2.0, and The Good 12 v3.0.

A handful of future small cars attract attention, of course. The 2011 Ford Fiesta is a handsome hatchback (and an ugly sedan) with European driving manners and available SYNC. General Motors previewed the 2011 Chevrolet Aveo with the aggressive Aveo RS concept in Detroit. Sharing a platform with the Fiesta, the 2011 Mazda 2 is attractive, light, and unpretentious. Won’t we be seeing a Volkswagen Polo before long? That could be a good thing. Then there are really small cars like the Volkswagen up! and Scion iQ and Mitsubishi i. Don’t forget the smart fortwo electric drive, a very interesting proposition.

But what if we weren’t restricted to models in the North American Marketplace? What if we could go Across The Pond and bring something back free from tariffs and surcharges and duty? Put another way, how do you replace a smart fortwo in Europe? In that case, the vehicles you’ll see after the jump would be strong contenders as replacements for the first long-term tester at GoodCarBadCar.net.

CITROEN DS3: More of a competitor for the Mini Cooper than other similarly-sized hatches in Europe, the DS3 is uniquely French both inside and out. Citroen calls the DS3 “anti-retro”. I think you know who they’re referencing with that tagline. (Check out images in the slideshow below.)

FIAT PANDA 100HP: Mentioned time after time on GCBC, the Panda is basically a more practical version of the modern Fiat 500. In 100HP form, the Panda whistles down backroads like a nimble hot hatch. But this hot hatch is priced like a modest city car. £11,005 is less than a base Citroen DS3.

FORD KUGA: What the future holds for the Kuga in North America we can’t be absolutely sure, but Europeans can have it now. Priced from a faintly eye-watering £21,503 in the UK (probably $24,500 in the U.S. to be honest), the Kuga isn’t a budget mini-SUV but a viable family car with tall car ambitions. And it looks really good.

HONDA CIVIC: Hold on a second, the Honda Civic you drive ain’t nothin’ like the Honda Civic they drive. Unless you drive a Civic Hybrid, in which case their Honda Civic Hybrid is identical. Instead, take for example a basic Honda Civic 3-door hatchback, a car not offered to North Americans in eons. Shaped like nothing else Honda’s done in North America ever, the Honda Civic hatchback enjoyed by inhabitants of the rest of the world is strikingly modern and available with a 2.2L diesel. They call it the i-CTDi. It generates 138 horsepower and 251 lb-ft of torque and would likely achieve somewhere around 42 miles per gallon in typical driving on our side of the pond.